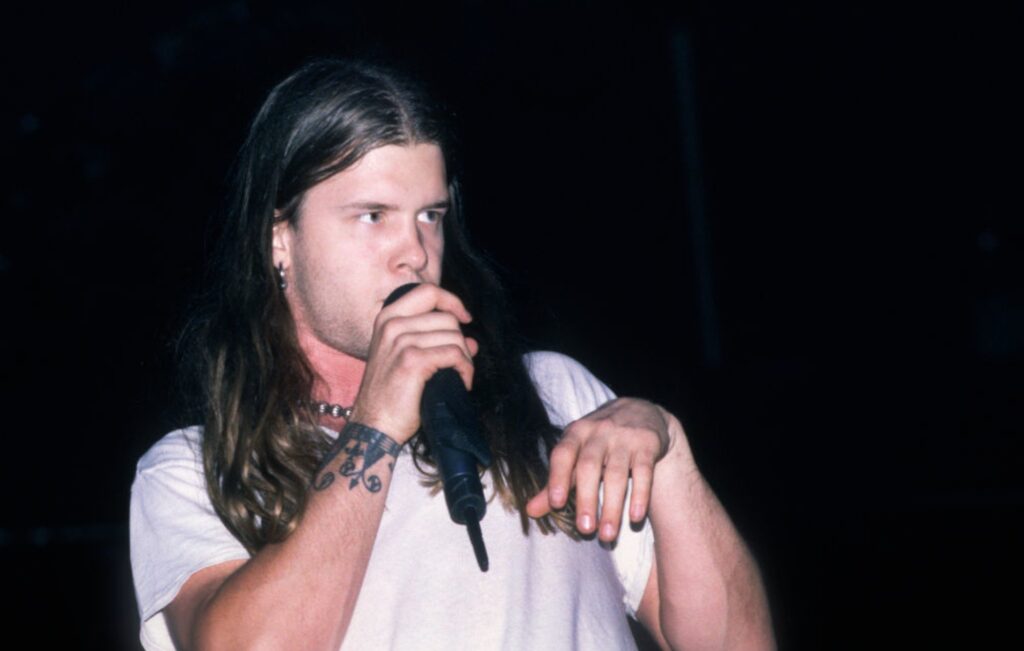 A documentary made up of footage captured by Blind Melon‘s late frontman Shannon Hoon is set to be released tomorrow (June 26) – watch the trailer for All I Can Say below.

The VHS footage featured in the documentary’s trailer includes a never-before-seen clip of the singer, who died of a drug overdose in 1995, recording the band’s 1992 hit ‘No Rain’.

The trailer also includes footage of Hoon blowing out the candles on his 28th birthday cake; less than a month before his death.

A description of the documentary reads: “Shannon Hoon, lead singer of the rock band Blind Melon, filmed himself from 1990-95 with a Hi8 video camera, recording up until a few hours before his sudden death at the age of 28. His camera was a diary and his closest confidant.

“In the hundreds of hours of footage, Hoon meticulously documented his life – his family, his creative process, his television, his band’s rise to fame and his struggle with addiction. He filmed his daughter’s birth, and archived the politics and culture of the 90’s, an era right before the internet changed the world.”

It continues: “Created with his own footage, voice and music, this intimate autobiography is a prescient exploration of experience and memory in the age of video. It is also Shannon Hoon’s last work, completed 23 years after his death.”

Directed by Danny Clinch, Taryn Gould, Colleen Hennessy, and Hoon himself, All I Can Say arrives in “virtual cinemas, record stores and music venues” on June 26. Watch the trailer above.

Meanwhile, a new biopic about the late Motörhead frontman Lemmy is in the works, it has been reported.

The musician, whose real name was Ian Fraser Kilmister, passed away in December 2015 at the age of 70.

According to The Hollywood Reporter, Kilmister’s early, pre-Motörhead life will be explored in a film called Lemmy. The project is set to be helmed by Greg Olliver, who directed a 2010 documentary of the same name.