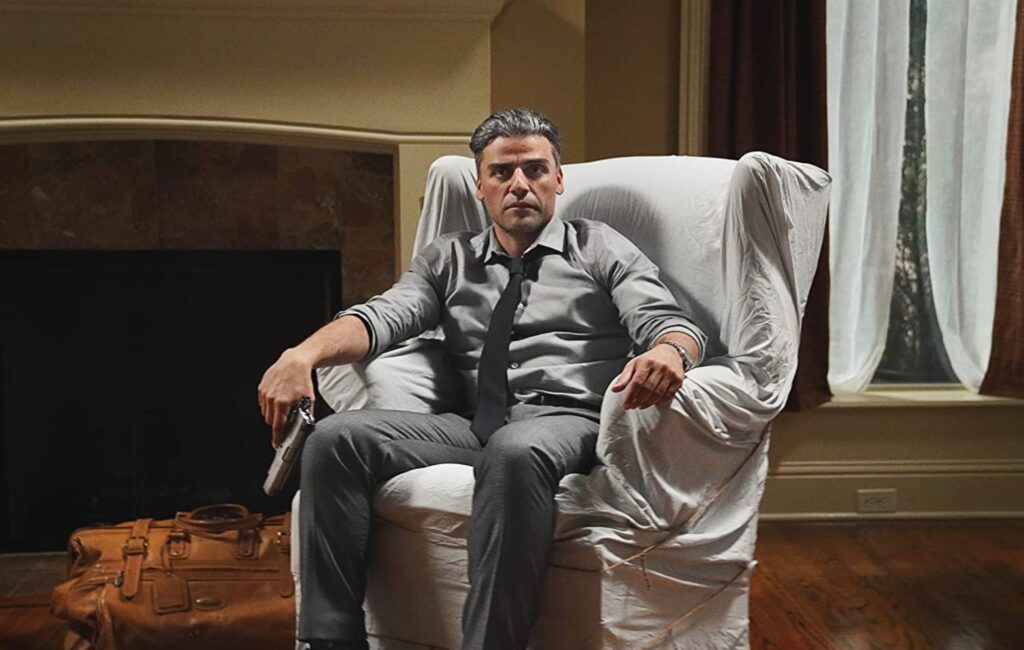 A first look at Oscar Isaac in revenge thriller The Card Counter has been released.

The film is Paul Schrader’s latest since First Reformed, which earned the filmmaker an Oscar nomination. Martin Scorsese is on board as executive producer.

The Card Counter‘s synopsis reads: “Tell just wants to play cards. His spartan existence on the casino trail is shattered when he is approached by Cirk (Sheridan), a vulnerable and angry young man seeking help to execute his plan for revenge on a military colonel (Dafoe).

“Tell sees a chance at redemption through his relationship with Cirk. Gaining backing from mysterious gambling financier La Linda (Haddish), Tell takes Cirk with him on the road, going from casino to casino until the unlikely trio set their sights on winning a World Series of poker tournament. But keeping Cirk on the straight-and-narrow proves impossible, dragging Tell back into the darkness of his past.”

The Card Counter will receive its world premiere at Venice Film Festival. It is one of three titles that Isaac will be appearing in at the festival. His HBO limited series Scenes From A Marriage, which the actor co-stars in with Jessica Chastain, features in the programme.

The much-delayed, highly anticipated Dune will also receive its world premiere at Venice.

Dune stars Timothée Chalamet as Paul Atreides, the son of a noble family tasked with protecting “the spice”, the most valuable substance in the universe found on the desert planet Arrakis.

The Card Counter will receive its US theatrical release on September 10, and will reach the UK on November 5.