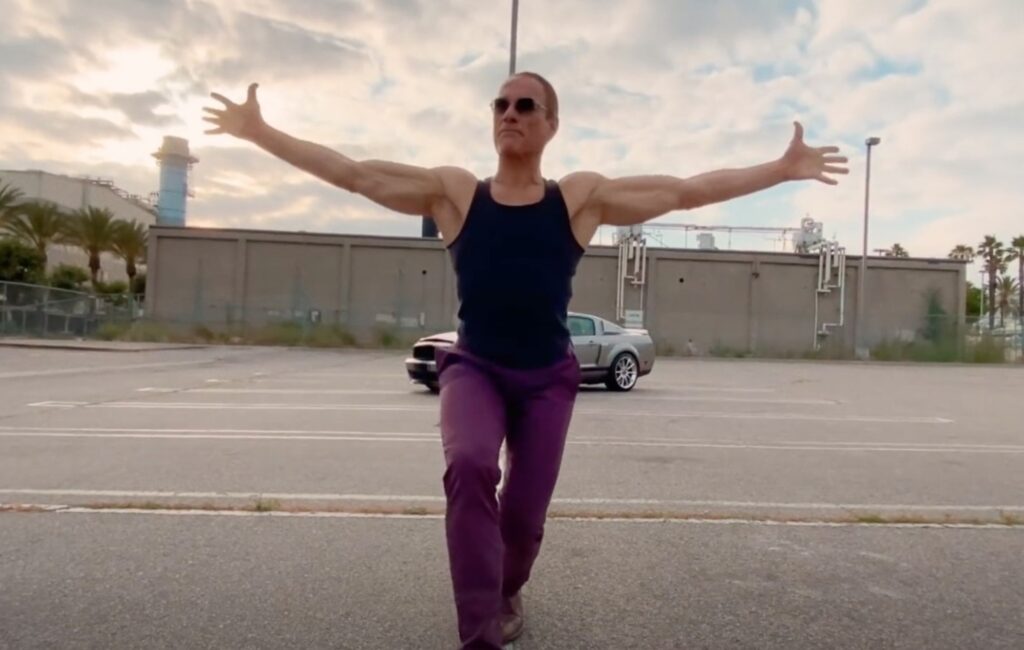 Entitled ‘Ultrarêve’, the clip, which is directed by the Bloodsport actor’s daughter Bianca Van Damme, sees him showcase his limber dance moves in a parking lot and by the sea.

According to AaRON, Van Damme initially reached out to them about a film he was working on. That conversation led to the duo telling the Belgian actor about their new album ‘Anatomy Of Light’.

“Jean-Claude came back to us to tell us how much this song meant to him,” AaRON explained in a statement. “He offered to film the video himself in Los Angeles in an unprecedented setting, calling on his daughter Bianca to direct. The ‘(ultra) dream has become the (ultra) reality.’”

Aside from Van Damme and his daughter being involved, the action star’s son Kris Van Damme also worked on the video, serving as a camera operator on the shoot.

You can watch the ‘Ultrarêve’ video below:

‘Anatomy Of Light’, AaRON’s first new album since 2015’s ‘We Cut the Night’, arrives on September 18 and is available to pre-order now.

This isn’t the first time the dance-rock duo enlisted the help of a movie star to star in one of their videos. In 2015, John Malkovich appeared in their quirky video ‘Blouson Noir’.

In other news, Dave Grohl is reportedly set to make a cameo in Bill & Ted: Face The Music.

Now, Rolling Stone reports that the pair will be joined on the latest instalment of their time-travelling adventures by the Foo Fighters frontman, who will make a brief appearance in the anticipated movie.