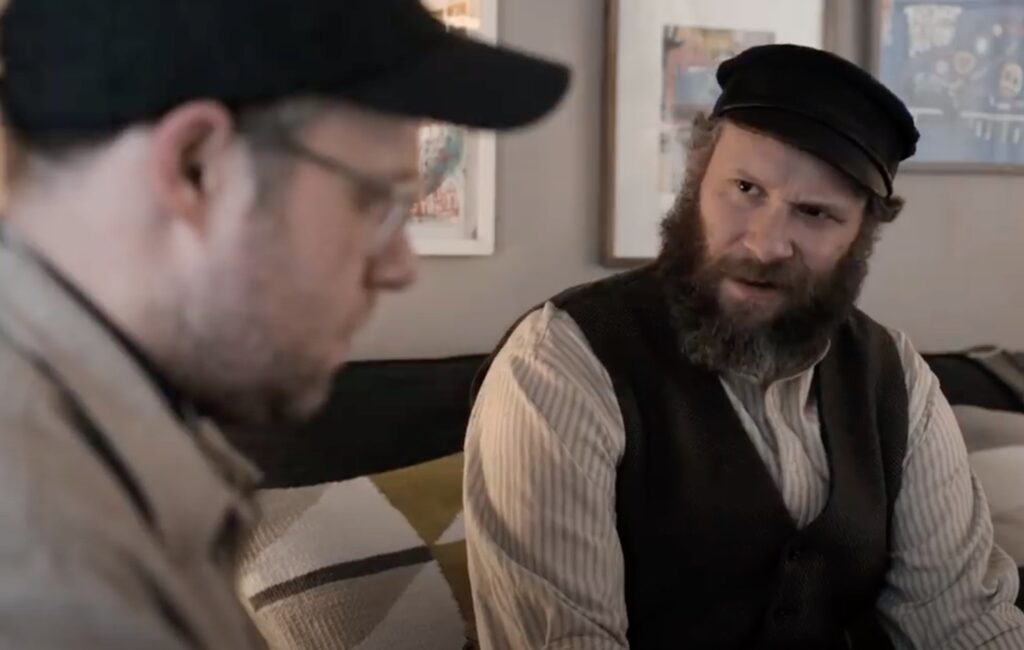 HBO have shared the trailer for their upcoming new comedy An American Pickle, which sees Seth Rogen starring in two different roles.

Set to premiere on HBO Max on August 6, An American Pickle is based on Simon Rich’s 2013 short story, New Yorker.

It follows struggling immigrant Herschel Greenbaum (Rogen), who falls into a vat of pickles in Brooklyn in 1920, only to wake up brined and young 100 years later.

Directed by Brandon Trost and written by Rich, An American Pickle will see Rogen joined by Succession star Sarah Snook and The Lonely Island’s Jorma Taccone.

Meanwhile, Seth Rogen has kept fans entertained during the coronavirus outbreak by watching Cats for the first time while “pretty stoned.”

The Canadian comedy star kept fans updated on Twitter as he experienced his first viewing of the critically derided Andrew Lloyd-Webber adaptation, which recently swept the board at the Razzies.

“I’m pretty stoned and watching Cats,” Rogen tweeted. “I’ve never seen the Broadway show. It is truly trippy. Am I supposed to know what a Jellicle is? They’ve said it 200,000 times but I don’t know what’s happening haha.”

He later revealed that he was getting through lockdown by smoking a “truly ungodly” amount of weed.

Appearing on Jimmy Kimmel Live! from his home, Rogen joked that he was “made” for the situation and that smoking marijuana is helping him through.