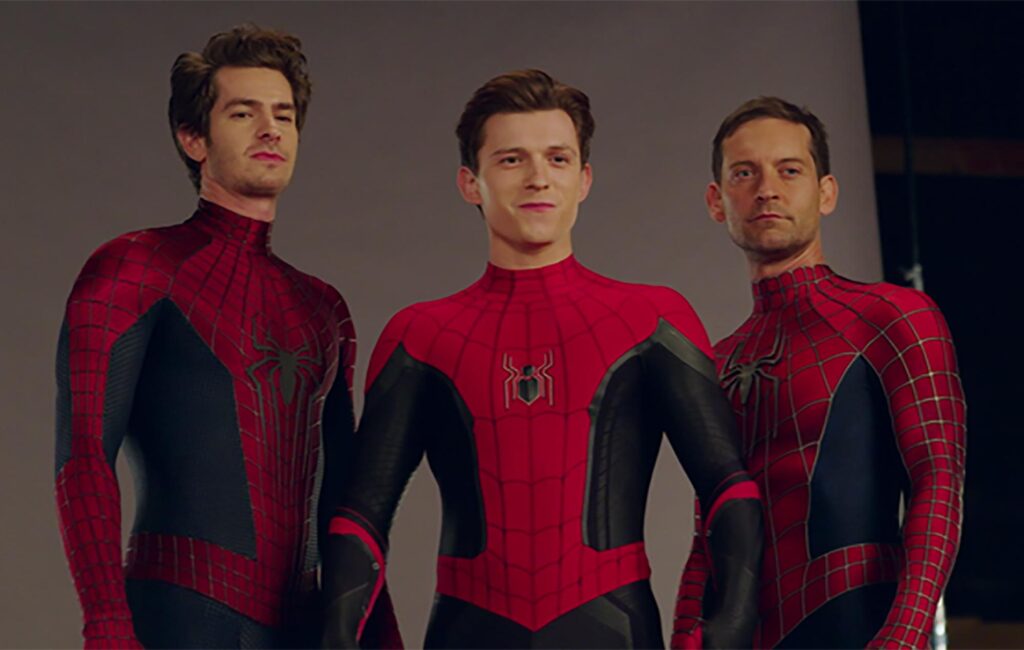 Tobey Maguire and Andrew Garfield have opened up about their first meeting with Tom Holland on Spider-Man: No Way Home.

The actors, who each played the neighbourhood superhero in a different iteration of the character, reflected on the first encounter in the latest Marvel film.

“There was just such an open-hearted coming together, embracing each other and supporting each other,” Maguire told Digital Spy. “It was really beautiful.”

Garfield added: “Tom, Zendaya, Jacob [Batalon] and Jon [Watts], it was like me and Tobey arrived and all of their arms were just open in a way that felt respectful, really caring, really loving and gave us a lot of freedom to create what we wanted to create.”

In other Spider-Man news, Kirsten Dunst said she isn’t ruling out a return to the comic universe to reprise her role as Mary Jane Watson, which she played alongside Maguire.

She told Deadline: “There’s still time. I mean, listen, no one’s asked me about anything but I do think that … I mean, this multi-universe just keeps going on and on. I wouldn’t … I feel like that could happen.”

In a four-star review of Spider-Man: No Way Home, NME wrote: “Holland has always been a great Spider-Man but he ascends to a new level here. All the ‘aw gosh gee willikers’ stuff he still does charmingly, but this time he has to do some hefty emotional lifting.

“The weight of two decades of Spider-Man movies are on his wiry shoulders and he carries it manfully.”