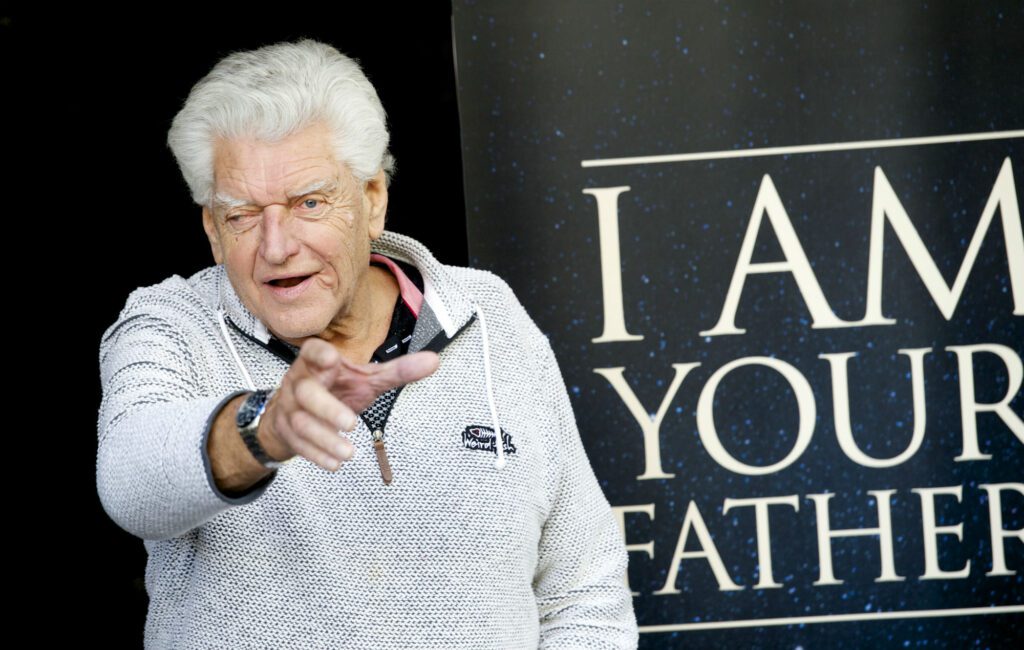 The 85-year-old, who was best known for immortalising Darth Vader in the original Star Wars franchise, died over the weekend.

While it was initially confirmed that Prowse had battled a “short illness” before his passing, his daughter Rachel has now confirmed that the actor had contracted Covid-19 and was previously living with Alzheimer’s.

She told The Sun: “It’s horrible that Covid restrictions meant we did not get to see him and say goodbye. But when we went to collect his stuff from the hospital, the nurse said what a cool guy he was. He was such a larger-than-life character. He would have loved to see himself trending on Twitter.”

Paying tribute to her father, she added: “He might have looked quite scary but as a person he was a sweet, kind and generous man. He really was a gentle giant. And to us he was our dad.”

The actor famously donned the suit of Darth Vader in A New Hope, The Empire Strikes Back, and Return Of The Jedi. Although the Bristolian was originally set to voice the iconic villain as well, his West Country accent was deemed famously unsuitable, with James Earl Jones eventually voicing the role.

Though Prowse’s acting career spanned 50 years, including appearances in Doctor Who, A Clockwork Orange, and 1967 James Bond spoof Casino Royale, he became synonymous with the towering presence of Vader.

“So sad to hear David Prowse has passed,” he wrote. “He was a kind man & much more than Darth Vader.

“Actor-Husband-Father-Member of the Order of the British Empire-3 time British Weightlifting Champion & Safety Icon the Green Cross Code Man. He loved his fans as much as they loved him.”

Others paying tribute to Prowse included Carl Weathers, who currently plays Greef Karga in the Star Wars-spinoff series The Mandalorian, who said that Prowse’s “stature contributed so much to Darth Vader’s legend.”