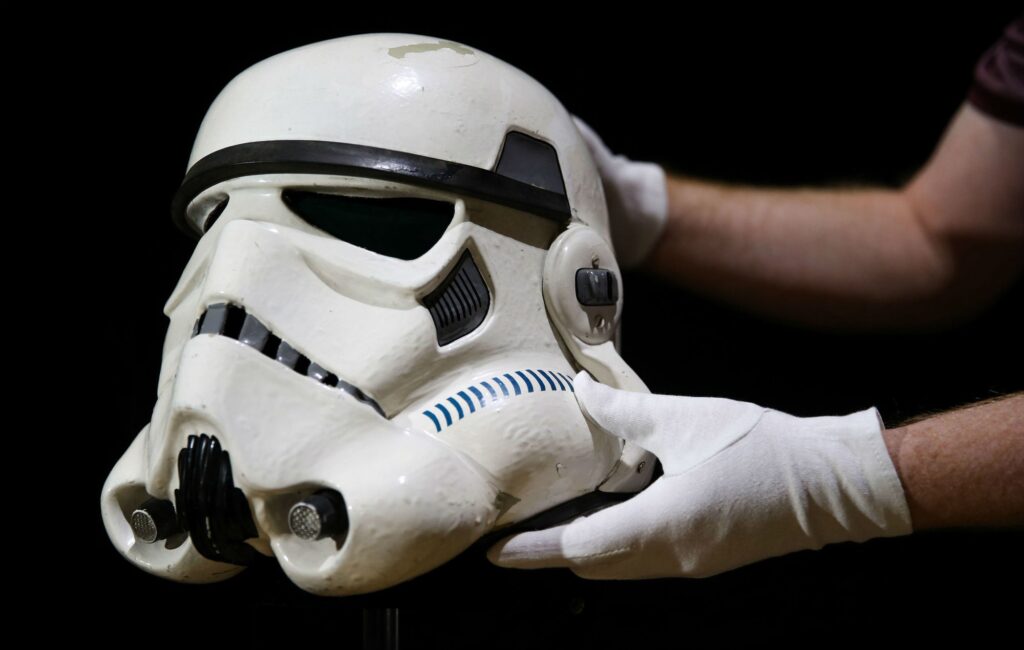 Star Wars fans can get their hands on memorabilia as part of a new auction held from LA.

Among the list of 805 items is a stormtrooper helmet, Darth Vader’s outfit, and several lightsabers. The online auction, called Prop Store’s Entertainment Memorabilia Live Auction, is being held online on August 26-27.

Items from the prequel films, released between 1999 and 2005, are also going on auction, including the duelling lightsaber hilt used by Ewan McGregor’s character Obi-Wan Kenobi.

Count Dooku’s (played by Christopher Lee) duelling lightsaber from Star Wars: Attack of the Clones (2002) is also featured, as is a stormtrooper costume from Disney+ spin-off The Mandalorian.

Prop Store COO Brandon Alinger said in a statement: “Prop Store is known for focusing on the 1970s and 1980s with our memorabilia auctions, and we’re thrilled to continue our tradition of offering quality Star Wars lots with the original 1977 touring Darth Vader costume in this auction.

“In addition to being worn at promotional events for the original movie, the helmet’s dome has the distinction of featuring on the Advance poster for The Empire Strikes Back,” he said.

Fans can track the biddings on auction day online via a livestream (registration is now open here). Online proxy bids can now be submitted.

In other news, Brie Larson has revealed the name of the Star Wars film that she once auditioned for.