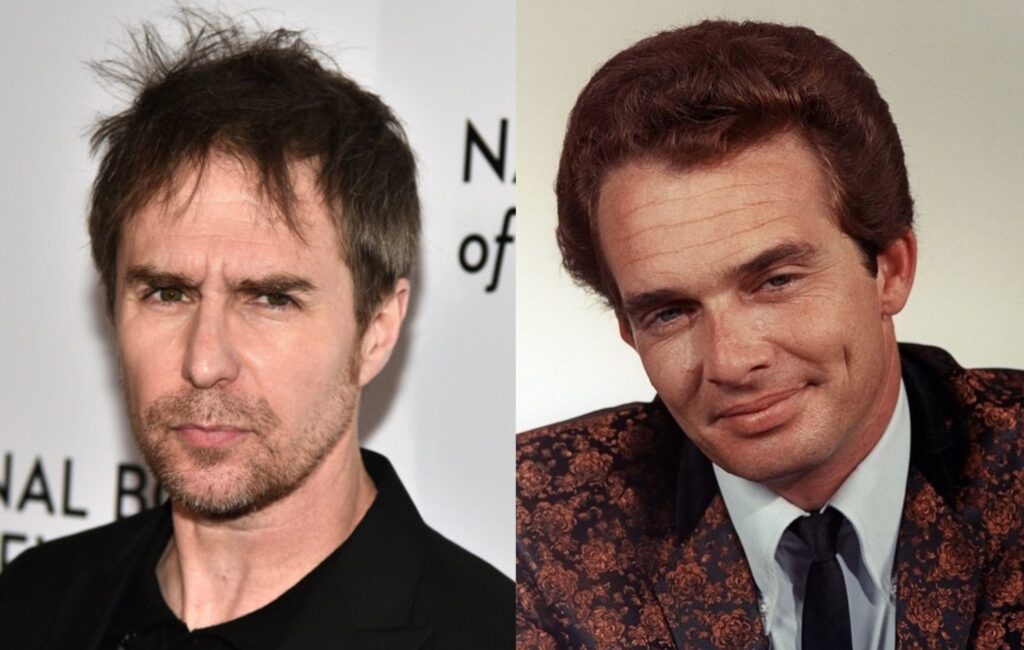 Sam Rockwell is reportedly in talks to star as Merle Haggard in an upcoming biopic about the legendary country singer’s life.

Robin Bissell – who directed Rockwell in The Best Of Enemies – will helm the project, and he will write the script with Haggard’s widow, Theresa Haggard, based on the singer’s memoir Sing Me Back Home.

According to Deadline, Bissell and Haggard will produce the film together for Amazon Studios, who have grabbed the rights to the film and book.

Rockwell is said to be in talks to take on the role of the country legend, and he will do his own singing of Haggard’s songs, recorded during the ‘60s when the picture is set.

While Haggard enjoyed a long and successful career, the biopic will focus on his tumultuous rise from inmate who served three years at San Quentin – where he was among the prisoners who watched the first prison performance of Johnny Cash in a life changing moment – to the clubs in his Bakersfield hometown, to Capitol Records in Los Angeles to becoming one of the most successful singers in country music history.

The film will also focus heavily on Haggard’s complicated love affair, which played out on-stage and off, with singer Bonnie Owens – his singing partner who eventually became his wife.

From 1966-1970, Haggard had nine number one hits, and would record 38 number one songs overall with 71 of them making the top 10. His biggest hits included ‘Okie From Muskogee’, ‘The Fightin’ Side Of Me’, ‘Sing Me Back Home’, ‘The Fugitive’, ‘Workin’ Man Blues’, ‘Mama Tried’ and ‘Today I Started Loving You Again’.

Haggard died on April 6, 2016 – his 79th birthday – at his ranch in Shasta County, California, having recently suffered from double pneumonia.

Earlier this year, Rockwell won a Screen Actors Guild Award for Outstanding Performance by a Male Actor in a Television Movie or Miniseries for his turn as Bob Fosse in Fosse/Verdon.