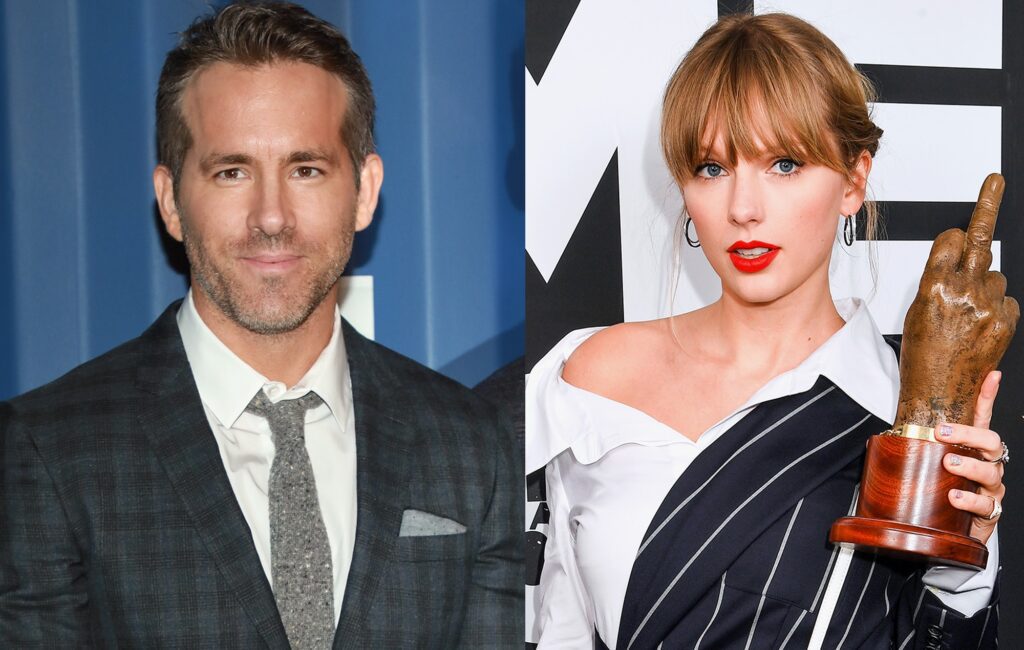 Ryan Reynolds has used one of Taylor Swift‘s upcoming re-recordings for a new advert.

The actor released a commercial for dating website Match via his production company Maximum Effort, in which Satan matches with a woman calling herself 2020, soundtracked to Taylor Swift’s ‘Love Story’.

Swift shared the news on Twitter, writing: “Okay so while my new re-records are NOT done, my friend @VancityReynolds asked me if he could use a snippet of one for a LOLsome commercial he wrote so…here’s a sneak peak of Love Story! Working hard to get the music to you soon!!”

Premiering the commercial, Reynolds tweeted the video with the caption “A match made in hell is still a @match. Latest work from @MaximumEffort #2020LoveStory”.

A match made in hell is still a @match. Latest work from @MaximumEffort #2020LoveStory pic.twitter.com/kGL02PIqin

The couple are seen stealing toilet paper and posing for a romantic photo in front of a burning dumpster. Later in the video, they sit in front of a sunset while Satan says of this year, “I just don’t want this year to end.” 2020 then replies: “Who would.”

In a four-star review of the film, NME said the movie “focuses on gifting fans a rare glimpse behind the scenes” and added that “self-isolation with Swift is a perfect (if unexpected) early Christmas present.”