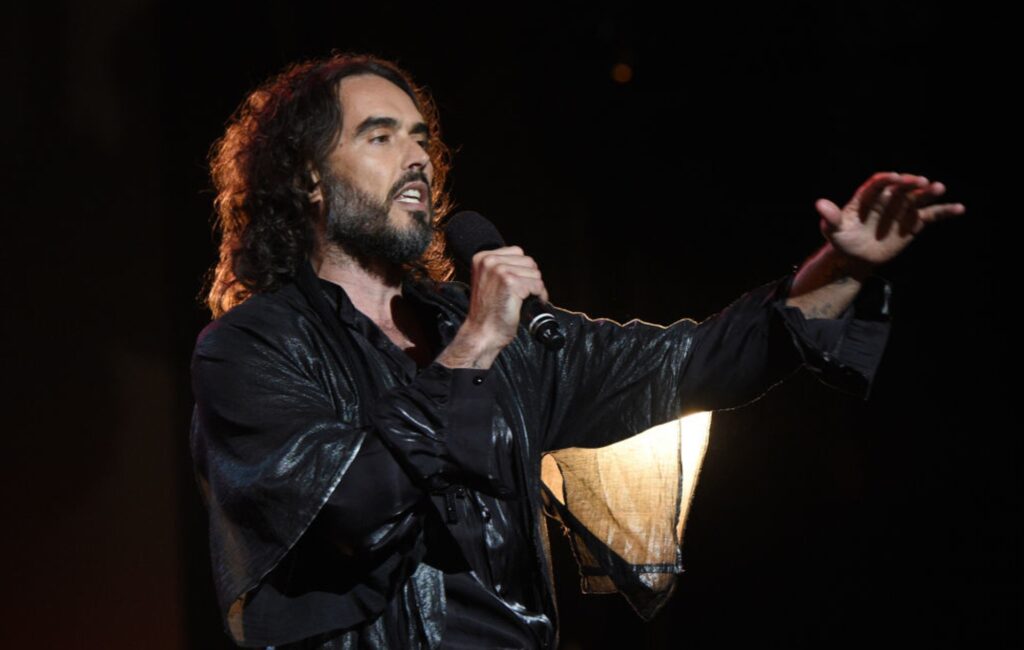 Russell Brand has been criticised online after sharing a video in which he critiques Cardi B and Megan Thee Stallion‘s new video ‘WAP’.

He asked whether women “achieve equality by aspiring to and replicating the values that have been established by males.”

Adding that he thinks music videos from women hip hop artists are “an emulation of a template that already exists and was established by males,” he asked: “Is it equality if the template has already been established by a formal dominator?” before adding: “The answer is no.”

Brand admitted that he was “spellbound” by the video because he’s “aware of the power of female sexuality” but said he isn’t sure “if it demonstrates progress.”

Reacting to #WAP – Cardi B and Megan Thee Stallion's controversial new music video…
What do you think of this analysis…?
Full video: https://t.co/68ts6ZsZuw pic.twitter.com/hblm4kQvr4

Brand said: “I wouldn’t be so reductive and simplistic to say that women celebrating their bodies using an aesthetic that’s conventionally been associated with the male gaze means it’s impossible that these tools could be used as a vehicle for liberation.”

At one point during his video he brought up Margaret Thatcher, saying that she was not a feminist as she was “extolling [and] espousing male values.”

Facing a high volume of backlash online for his comments, a number of people accused him of “mansplaining” feminism.

“I really don’t want to be taught feminism by Russell Brand,” said Deborah Frances-White, the host of the Guilty Feminist podcast. “But I look forward to Louis CK’s thoughts on why Beyoncé is getting it all wrong.”

I really don’t want to be taught feminism by Russell Brand. But I look forward to Louis CK’s thoughts on why Beyoncé is getting it all wrong. https://t.co/is7aPEiyhZ

tldr Russell Brand is saying that WAP isn’t feminist because men rapped about sex first and Cardi & Meg are just “emulating” previously established male ideals. This from the guy currently “emulating” Captain Jack Sparrow if he shopped at Hollister https://t.co/ISPSugTY3z

“Russell Brand is just any third-year English student who thinks it would be edgy to do his dissertation comparing WAP to the politics of Margaret Thatcher for which his white male examiner will certainly give a first,” said Ken Cheng of BBC Radio 4’s Chinese Comedian.

One Twitter user said: “Congratulations to Russell Brand for mansplaining to women how they should enjoy WAP & their own sexuality.” While another wrote: “no way have I just watched Russell Brand compare WAP to Thatcherism god give me fuckin STRENGTH.”

Congratulations to Russell Brand for mansplaining to women how they should enjoy WAP & their own sexuality. pic.twitter.com/SlXZuFEUc1

no way have I just watched Russell Brand compare WAP to Thatcherism god give me fuckin STRENGTH https://t.co/cFi25cNp2V

Topics I don’t ever need to hear Russell Brand speak on:
1. Feminism
2. WAP/Margaret Thatcher comparisons???
3. Literally everything else. https://t.co/CiskqROcCU

Hold on… Russell Brand is trying to take aim at the WAP video, yet his entire career is based around 'banging loads of women' and taking drugs…
I'm sorry, is it only okay for men to embrace their sexuality? pic.twitter.com/HZBzTf99u6

Who asked for this? https://t.co/RADpY6urMY

Imagine thinking ur so woke and being this dumb. The end of the day Russell you are a white cis man unable to empathise with the experiences of women and ur option matters very little to this bigger conversation. You’re being ignorant AND whoreohobic AND no one asked https://t.co/MPF7Q4vshM

Stay the fuck out of Black women's business. No one asked you nor invited you into the conversation. Please and thank you.

Sincerely,
A Black woman sick of hearing "hot takes" from people about WAP when it was not created by them or with them in mind

Like Russell Brand, when I watched the video for Cardi B's WAP, my first thought was "this is classic Margaret Thatcher".

I added the obligatory soundtrack to Russell Brand's hot take on the #WAPMusicVideo, and now it's much easier on the ear. #WAP #NeverFails pic.twitter.com/Uta6SYBAOw

Imagine giving a shit what Russell Brand thinks about literally anything https://t.co/rcb6OFcLZa

Meanwhile, Margo Price has shared a new cover of Megan Thee Stallion and Cardi B’s ‘WAP’ during a performance on The Daily Show.

In an interview with i-D last week, Cardi B was asked about the reaction from some conservative corners to her song. Cardi said it was something she was “really surprised by.”

“I knew it was gonna have a big impact, I guess, because of me and Megan. But I didn’t know it was going to be so controversial,” she said. “I never expected that, you know, conservatives and Republicans were going to be talking about the song.

The rapper added that the reaction “doesn’t make me angry, it makes me happy.”

“They keep talking and the numbers keep going up. At the end of the day, whatever they’re saying, the numbers speak for themselves.”