Robert Pattinson’s Batman is inspired by Kurt Cobain because of “his addiction to this drive for revenge”, says director 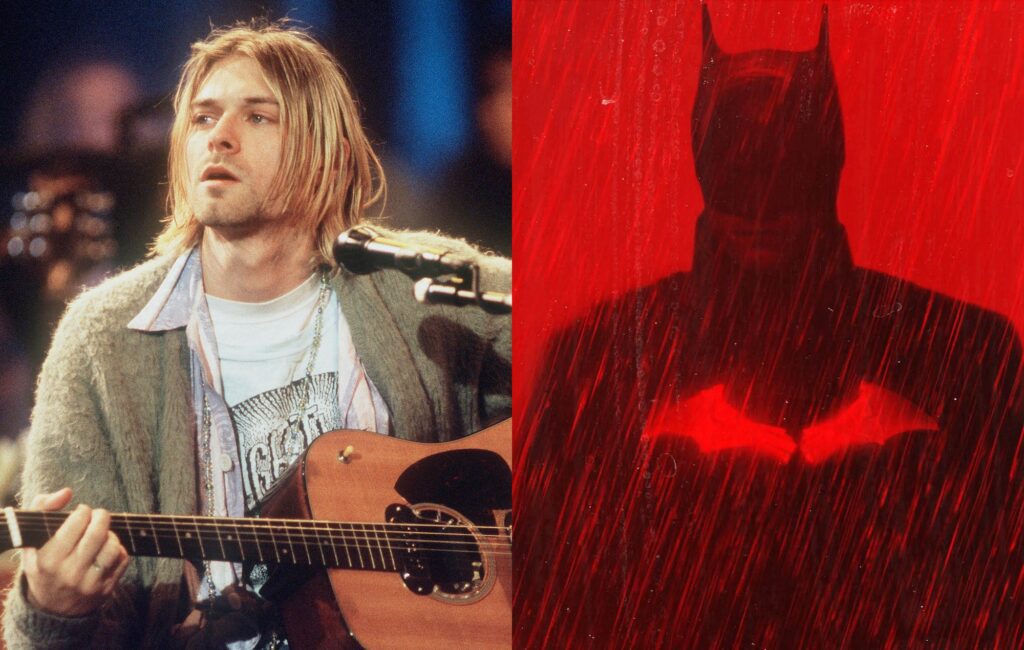 Matt Reeves has opened up about how the titular protagonist of The Batman was inspired by Kurt Cobain, directly pointing to the late Nirvana frontman’s struggles with drug addiction.

In a new interview with Esquire, Reeves – who wrote, directed and produced the forthcoming superhero film – explained that he was first drawn to Nirvana in the early stages of the film’s development, citing ‘Nevermind’ cut ‘Something In The Way’ (which appears in the first trailer for The Batman) as a particular source of inspiration.

He said the track’s thematic basis was “part of the voice of [Batman’s] character”, musing: “When I considered, ‘How do you do Bruce Wayne in a way that hasn’t been seen before?’ I started thinking, ‘What if some tragedy happened [ie: Wayne sees his parents murdered] and this guy becomes so reclusive, we don’t know what he’s doing? Is this guy some kind of wayward, reckless, drug addict?’

“And the truth is that he is a kind of drug addict. His drug is his addiction to this drive for revenge. He’s like a Batman Kurt Cobain.”

Reeves also mentioned the 2005 film Last Days – a fictional retelling of the period leading up to Cobain’s suicide in 1994 – noting that The Batman will feature a homage to the Gus Van Sant-helmed drama (a shot of amps stacked up in a storage room, per Esquire).

Nodding to the way Cobain and his home were portrayed in Last Days, Reeves said The Batman would show Wayne Manor in a rough state. “[Bruce Wayne] doesn’t care about any of the trappings of being a [millionaire] Wayne at this point,” he said.

The Batman is due for release in cinemas on March 4. It marks Robert Pattinson’s debut as the Caped Crusader, starring alongside Paul Dano as villain The Riddler, Zoë Kravitz as Catwoman, Andy Serkis as butler Alfred Pennyworth, Colin Farrell as The Penguin, and Jeffrey Wright as Gotham City’s police chief James Gordon.

A synopsis for the film reads: “Two years of stalking the streets as the Batman, striking fear into the hearts of criminals, has led Bruce Wayne deep into the shadows of Gotham City. With only a few trusted allies – Alfred Pennyworth, Lt. James Gordon – amongst the city’s corrupt network of officials and high-profile figures, the lone vigilante has established himself as the sole embodiment of vengeance amongst his fellow citizens.”

Meanwhile, it was announced last weekend (January 22) that a series of NFTs will be released next month to mark what would have been Cobain’s 55th birthday. The set will be comprised of 28 photos taken by photographer Faith West on October 6, 1991 – six days after the release of ‘Nevermind’ – when Nirvana played a gig in Philadelphia.