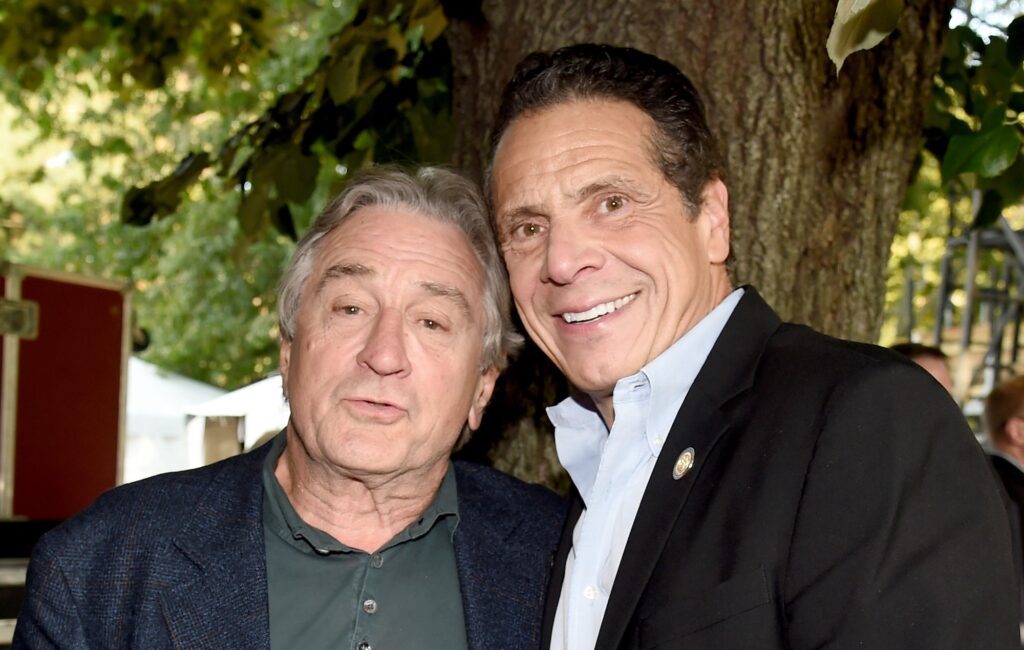 The actor was speaking to Stephen Colbert on The Late Show from his home, criticising President Trump’s reaction to the ongoing health crisis.

“He’s doing what a president should do,” De Niro said of Cuomo, when asked who he’d want to play in a future Covid-19 film, adding that he “could see” the Governor as a future President.

“I am for Biden, and want everything to go well for Biden,” he added, “but at least we have a person who is very capable, a very capable backup, if you will … he’s doing a great job, he’s doing what any president should do.”

Going on to discuss Trump, who he called “the idiot,” De Niro added: “We of course could have survived this [pandemic] much better if the idiot had done the right thing, listened and heeded all the warnings, there were many, many warnings, and we are all paying for it now. It would have been bad in some ways, but never like this.”

“Everybody knows what [Trump’s] game is, it’s all about him getting re-elected. It’s crazy, I have no words for it any more … and what’s scarier about it all is that the Republicans and his enablers around him are not doing anything. They are around a crazy person and they don’t do anything. They are not standing up to him.”

De Niro added: “As an actor, I say this is like Shakespeare. No one has the balls to stand up to this guy. They all have a platform … they’re just not doing anything. What could be worth it for them, to sacrifice their souls to make this deal with the devil to work with this guy? It’s crazy.”

Cuomo has since responded to De Niro’s wish to portray him, revealing that he’s “am a big De Niro fan,” adding: “He is just phenomenal. The breadth of his ability, I mean, just look at all the roles he’s played. He can do anything, right?”

De Niro was among a list of celebrities leading a call for politicians to avoid a “return to normal” post-lockdown, and to instead “undertake a profound overhaul of our goals, values, and economies”.

Other names signing the letter included Madonna and Cate Blanchett.