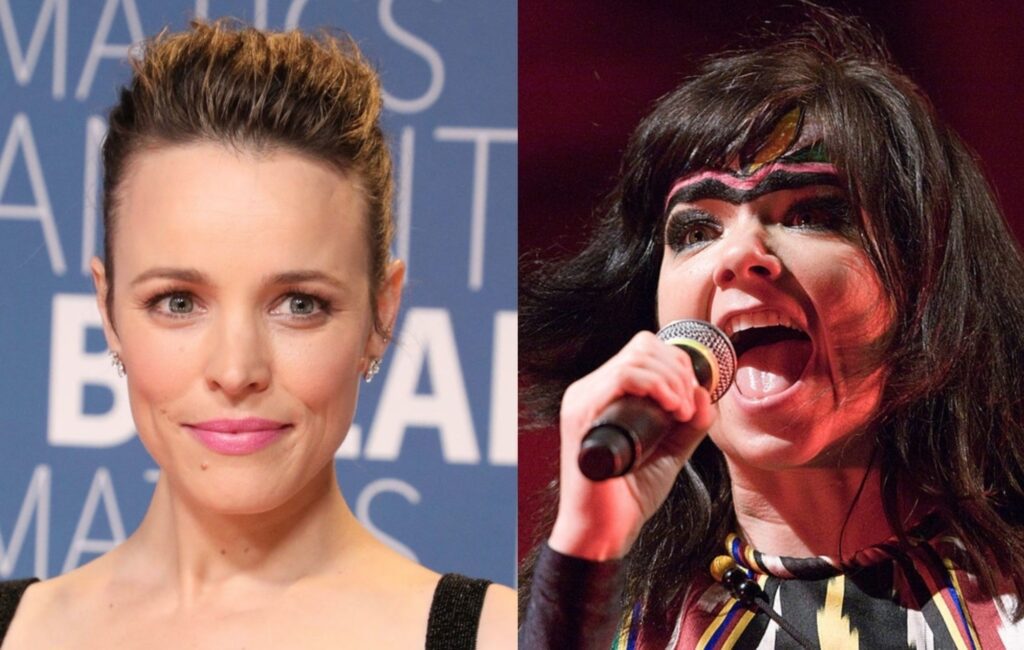 Rachel McAdams has revealed that she watched a lot of Björk videos to prepare for her role in Netflix movie Eurovision Song Contest: The Story Of Fire Saga.

Also starring Will Ferrell, the movie tells the story of two budding Icelandic musicians hoping to make it to the final of the iconic song contest. The supporting cast includes Dan Stevens, Demi Lovato, and Pierce Brosnan.

Speaking in a new interview, McAdams said that the ‘Big Time Sensuality’ singer was the main inspiration behind her character’s Icelandic accent in the movie.

“I just watched everything I possibly could of Björk,” she told The AV Club. “I mean, she has such a delicious, cute voice and she’s just got such a spirit about her that I thought was similar to Sigrit’s, and to get that Icelandic quality, in general, the essence of it, not just the sounds.”

Elsewhere during the chat, McAdams discussed her role in the movie’s songs. “Yeah so I was singing all the songs and then David [Dobkin, the movie’s director] would kind of lift bits of my performance. The bulk of the music was done by a Swedish singer Molly Sandén, our voices were quite similar.”

She added: “I was very hoarse, you know, I’m like ‘I’m not even really gonna be like singing on this’ and I was losing my voice by the end of the big finale song.”

Last week, Will Ferrell and Rachel McAdams have teased that a Wedding Crashers sequel could be on the way.

Speaking to E! News, the pair discussed a potential follow-up to the 2005 comedy they starred in alongside Vince Vaughn and Owen Wilson.

Meanwhile, Björk has announced that she will live-stream three gigs next month in partnership with Iceland Airwaves Festival, to raise money for Icelandic women’s charity Kvennaathvarfið.