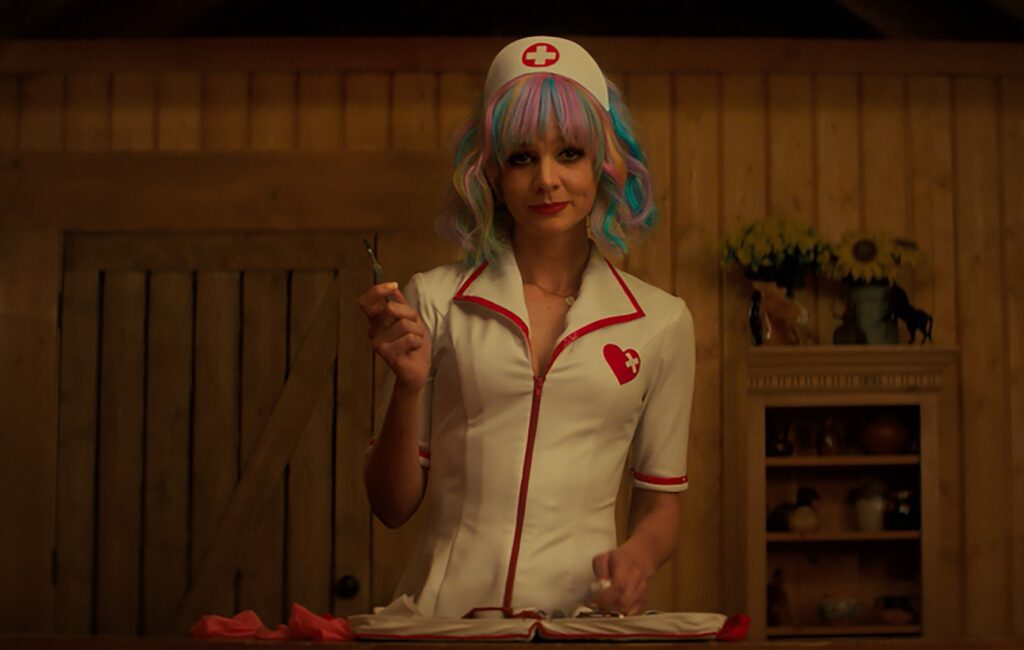 Promising Young Woman will finally be released in the UK next month.

Emerald Fennell’s directorial debut, starring Carey Mulligan, is set to premiere on Sky Cinema and NOW in April after lengthy delays due to the coronavirus pandemic.

The film follows a young woman named Cassie who seeks revenge on predatory “nice guys” following a tragedy that occurred in her days at medical school.

Fennell, who was the showrunner on season two of Killing Eve and played Camilla Parker-Bowles on The Crown, made history earlier this month when she received an Oscar nomination for Best Director.

She was nominated alongside Nomadland director Chloé Zhao, marking the first time in the ceremony’s existence that two women have been nominated in the category.

Earlier this year Carey Mulligan responded to a critic’s apology for their “sexist” review of the film, which she first called out in an interview with the New York Times.

Mulligan said it was “nerve-racking to rock the boat with a big publication” but that she was “really surprised and thrilled to have received an apology”.

“I kind of found it moving, in a way — to draw a line and know that had an impact,” she added.

Promising Young Woman will be released on Sky Cinema and NOW on April 16.