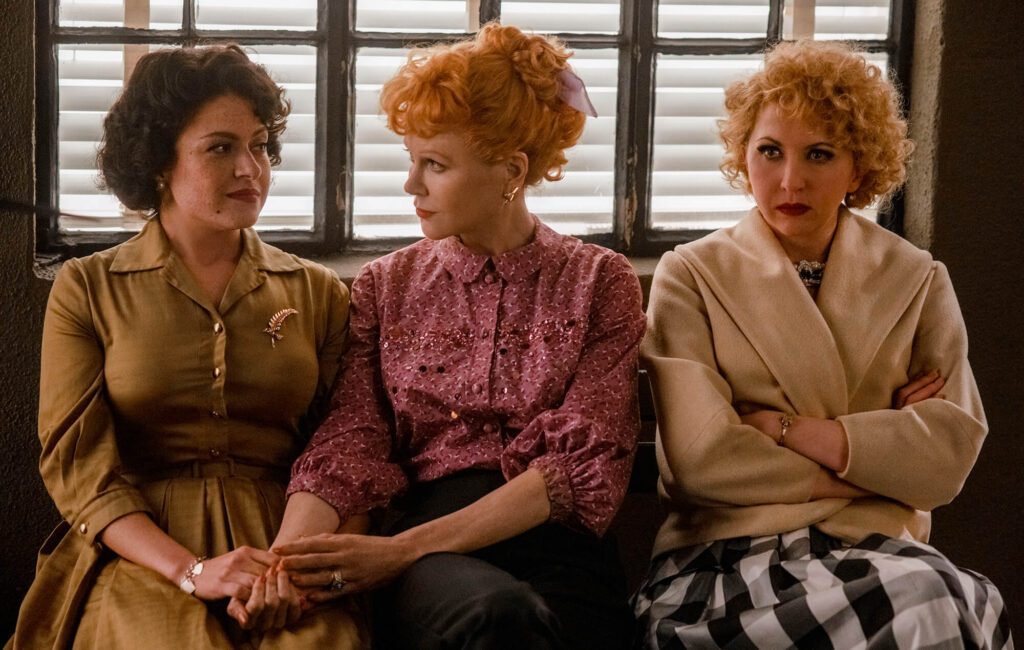 Nicole Kidman has opened up about her preparation and reaction to playing Lucille Ball in Being The Ricardos.

The actor plays the iconic performer in Aaron Sorkin’s new film alongside Javier Bardem, and recently told NPR about why the stakes felt so high.

“Sometimes there is a thing where you go, ‘OK, can we just do it? And then if you guys want to destroy it, fine, we’ll accept that. But can we just just try it first?’” Kidman said of the backlash to her casting in the film.

“I’ll always advocate for that artistically, because there is a point where you go, ‘We just need a chance.’ And luckily, people like Aaron Sorkin just forge ahead, and we hitch our wagon to theirs and go, ‘OK, let’s just keep going.’”

She continued: “And those voices in the world need to exist. Obviously, we have to keep that so that we keep an artistic path and people don’t get terrified to try things and do things and possibly fail.

In a four-star review of Being The Ricardos, NME called it “a cleverly written film that gives Arnaz his dues as a TV producer and businessman while casting a fresh eye on Ball’s remarkable talent.”

It adds: “Being The Ricardos won’t make you love Lucy, necessarily, but it will make you admire and empathise with her.”

It will be released on Amazon Prime Video on December 21. The film is out in UK cinemas now.