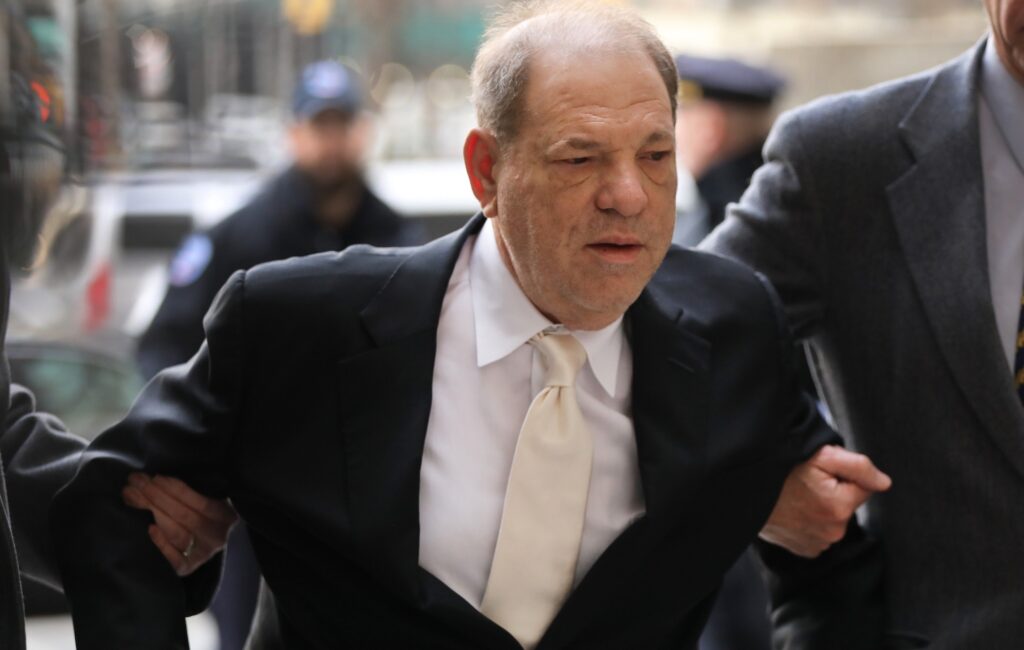 A new lawsuit has emerged today (May 29) claiming that disgraced film producer Harvey Weinstein, who is currently serving a 23-year prison sentence for rape, sexually assaulted an additional four women between 1984 and 2013.

Court documents filed in New York state that among the plaintiffs is a teen who was just 17 years old at the time of her alleged attack in 1994.

The Tennessee woman claimed Weinstein asked her to his hotel room under the guise of discussing her prospective entertainment career. It’s alleged Weinstein demanded she “sexually gratify him”, and after the plaintiff rebuffed him, he “forced her to remove her clothes” and raped her.

The suit claimed that Weinstein “made [the] plaintiff give him her driver’s license and told her that if she ever told anyone about what had just happened, he would not only make sure she never got to act in any films, but also have his associates track her down and physically harm her and her family”.

Another plaintiff, listed as Jane Doe I in the suit, is a 70-year-old woman from Ecuador. The suit alleged that in 1984, Weinstein “falsely imprisoned, sexually assaulted and sexually battered her” in his hotel room at the Majestic Hotel in Cannes.

The plaintiff claimed that Weinstein “pinned her against the suite’s front door” before sexually assaulting her. Weinstein allegedly instructed her to stay quiet about the incident, threatening that she would otherwise be “blackballed from the industry”.

The other two plaintiffs include a 38-year-old woman who claimed Weinstein raped her in his Soho apartment in 2008. Similarly, the suit alleged Weinstein threatened to ruin her career if she disclosed the incident.

The most recent accusation is from a 35-year-old woman who claimed to have met Weinstein at the Venice Film Festival in 2013, when she was 26 years old. He allegedly forced her to perform oral sex on him in his hotel room, after an audition at his office.

Bob Weinstein, Miramax and Disney are also named in the suit. It claimed that the subjects “knew or reasonably should have known that Harvey Weinstein had a propensity to engage in sexual misconduct and would use his position and power to lure plaintiffs and other similarly situated aspiring female actresses to his apartments, hotel rooms, offices, etc. under the guise of discussing business opportunities to sexually harass, batter, assault, falsely imprison and rape them”.