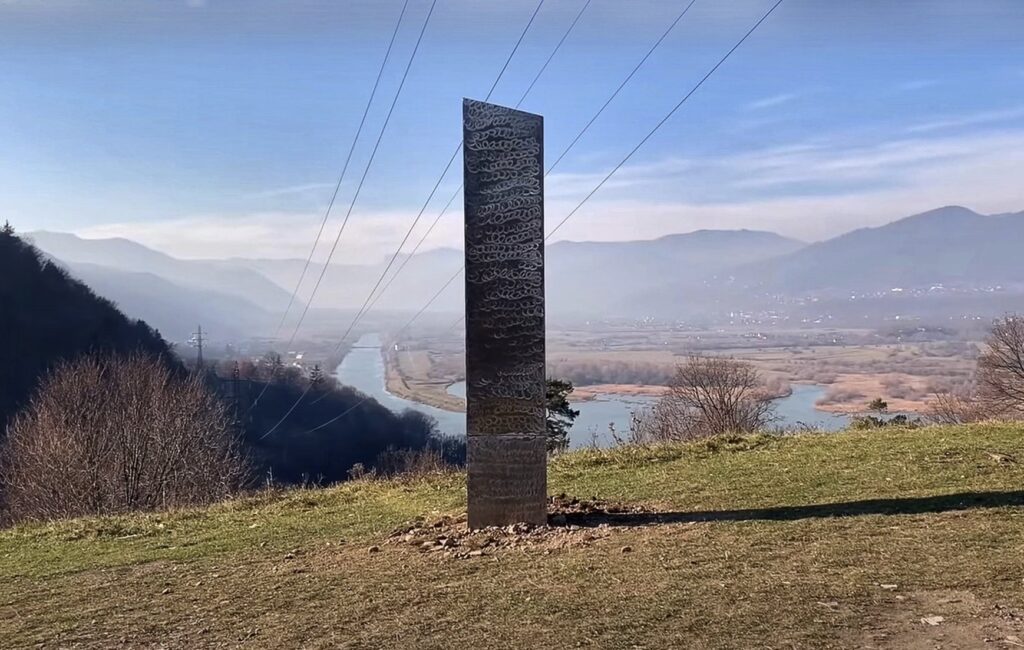 A mysterious 13-foot plinth has appeared in Romania, resembling the one in 2001: A Space Odyssey.

The structure was initially spotted in the desert in Utah last week, and disappeared after five days – with an identical monolith now appearing on the other side of the world.

The New York Times speculated that the monolith could have been planted years ago by the late sculptor John McCracken, with others saying a fan of Stanley Kubrick’s iconic film might have erected the structure as a tribute.

There is no confirmation currently as to whether the structure was designed by McCracken.

According to The Daily Mail, the new structure was found near where an ancient Dacian fortress once was, facing Mount Ceahlau which is a popular hiking spot in Romania.

The plinth is 13 feet tall, which is one foot taller than the one originally spotted in Utah which has now disappeared. The differences here are that the Romanian plinth features a number of drawings across the surface.

“We have started looking into the strange appearance of the monolith,” Neamt Culture and Heritage official Rocsana Josanu told the Daily Mail. “It is on private property, but we still don’t know who the monolith’s owner is yet.”

They continued: “It is in a protected area on an archaeological site. Before installing something there, they needed permission from our institution, one that must then be approved by the Ministry of Culture.”

mark my words, this is gonna turn out to be viral marketing for some godforsaken Hulu original series https://t.co/ozLsCteD6T

One Twitter user put forward the theory that the structure might in fact be a marketing prop. “mark my words, this is gonna turn out to be viral marketing for some godforsaken Hulu original series,” Scott Wampler wrote.