Michael B. Jordan calls for studios and agencies to "invest in black staff" 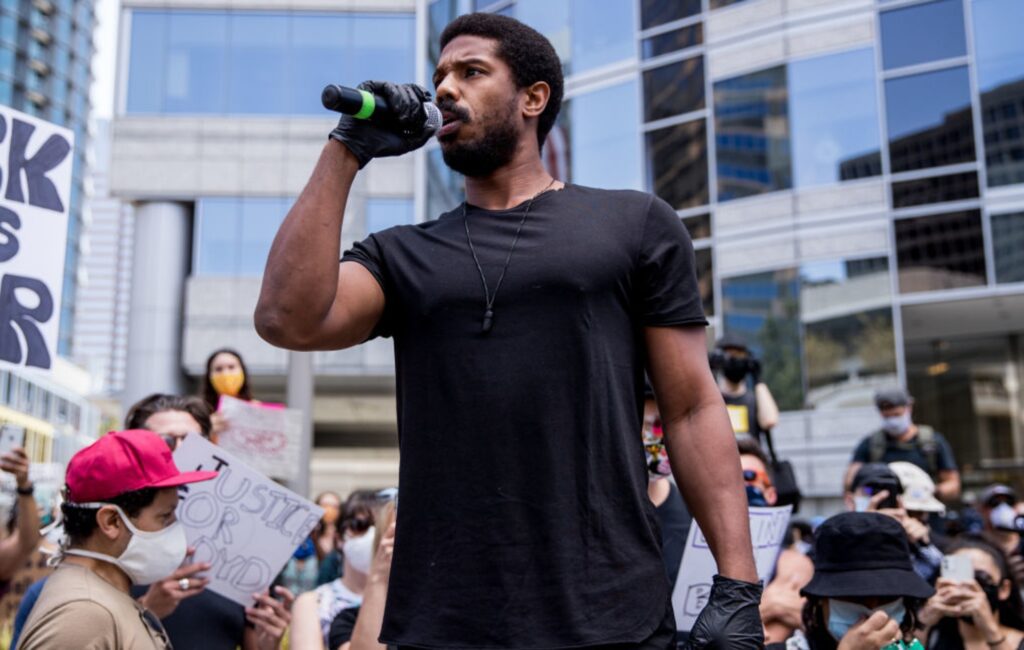 Michael B. Jordan has called for more people to “invest in black staff,” including film studios and agencies.

The actor addressed a crowd outside the ICM Partners building in L.A. on Saturday (June 6) during a Black Lives Matter protest organised by the Big 4 talent agencies.

It comes as protests continue across the US and around the world after the death of George Floyd, an African-American man, who was killed in Minneapolis when a police officer knelt on his neck for nearly nine-minutes and ignored the man’s pleas that he couldn’t breathe.

According to The Hollywood Reporter, Jordan reflected on some of his movie roles, sharing what they have taught him about racial injustice and inequality.

Speaking on his role as Oscar Grant in Fruitvale Station, he said it gave him the “opportunity to feel the pain of his family, his daughter, his mother.” He added: “I lived with that for a very long time and it weighs on me.”

Referencing Fahrenheit 451, the 2018 movie where he played a fireman who joined a revolution, the actor said: “Producing that movie made me really realise the lengths that the government and oppressors will go to keep knowledge out of your hands.”

Elsewhere during his speech, Jordan told the crowd he supported everybody attending the protest and understood that “we have to be here together.”

He also called on people to “invest in black staff,” including studios and agencies. “A great agent doesn’t have to be a great organiser, but a great agent could advocate for relationships with organizers,” he said.

He added: “What we are doing today will make our values heard and our voices heard. We’ve got to keep agitating things. We can’t be complacent. We can’t let this moment just pass us by, we have to continue to put our foot on their necks.”

Michael B. Jordan is one of a number of other entertainers who have spoken out during the recent Black Lives Matter protests. Among them, Adele told her fans to “be righteously angered but be focused”, while Killer Mike gave an impassioned speech telling Atlanta residents to “plot, plan, strategise, organise, and mobilise”.