Matthew McConaughey teases that he might wrestle in WWE 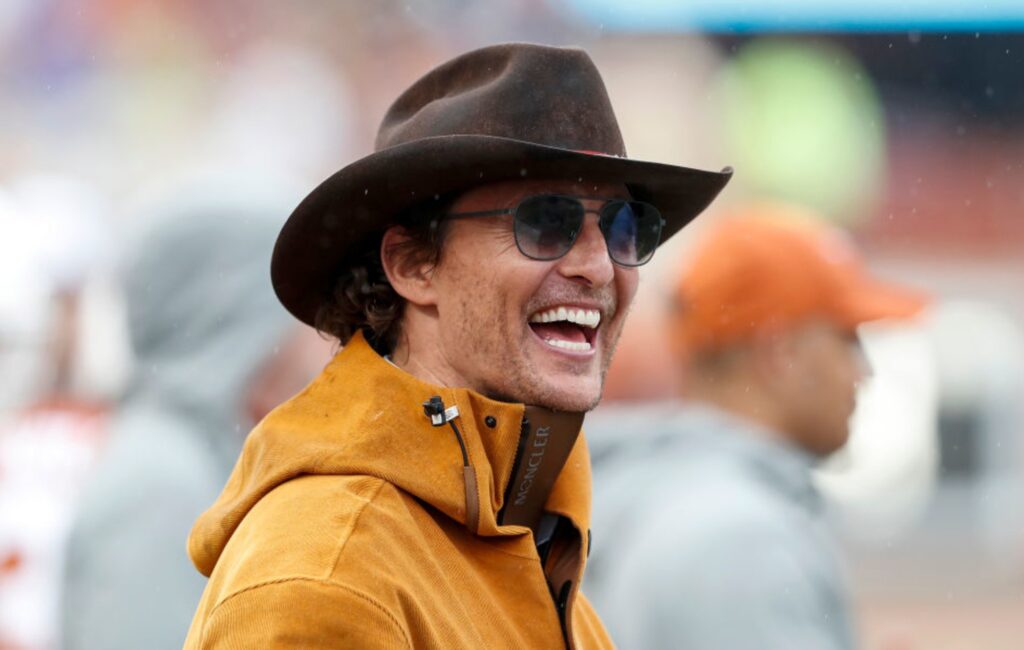 Matthew McConaughey has teased that he might one day wrestle as part of the WWE (World Wrestling Entertainment).

The actor, who was spotted cheering on champion Drew McIntyre as part of WWE’s virtual audience at an event back in October, talked about his love of wrestling on a recent episode of the Better Together podcast.

Calling the prospect of entering the ring “interesting”, McConaughey said: “I’ll say not too much because as you know, you can’t say too much about these things, but it is something that interests me.”

Following the interview, an article on the WWE’s website asked: “Could his next encounter with WWE Universe come inside the squared circle?”

Elsewhere during the interview, McConaughey opened up further about his love of professional wrestling and said that his three children are also fast becoming fans.

“I love the suspensions [of] disbelief because my kids and I watch and they’re starting to get that when they go, ‘Oh this is fake,’” he said. “I’m going, ‘What are you talking about? No way!’”

Last month, McConaughey spoke out against his “illiberal” Hollywood peers for “patronising” supporters of Donald Trump.

Speaking on Russell Brand’s podcast Under The Skin, McConaughey was asked if he had noticed a “condemnation” of “ordinary working people” by his fellow actors in Hollywood.

“There are a lot [of people] on that illiberal left that absolutely condescend, patronise, and are arrogant towards the other 50 per cent” he answered.

Meanwhile, McConaughey has said he would have wanted to play the Hulk for Marvel.

The Dallas Buyers Club actor explained in a discussion about the Incredible Hulk TV show that he was a fan, and would have liked to play Banner at some point in time.