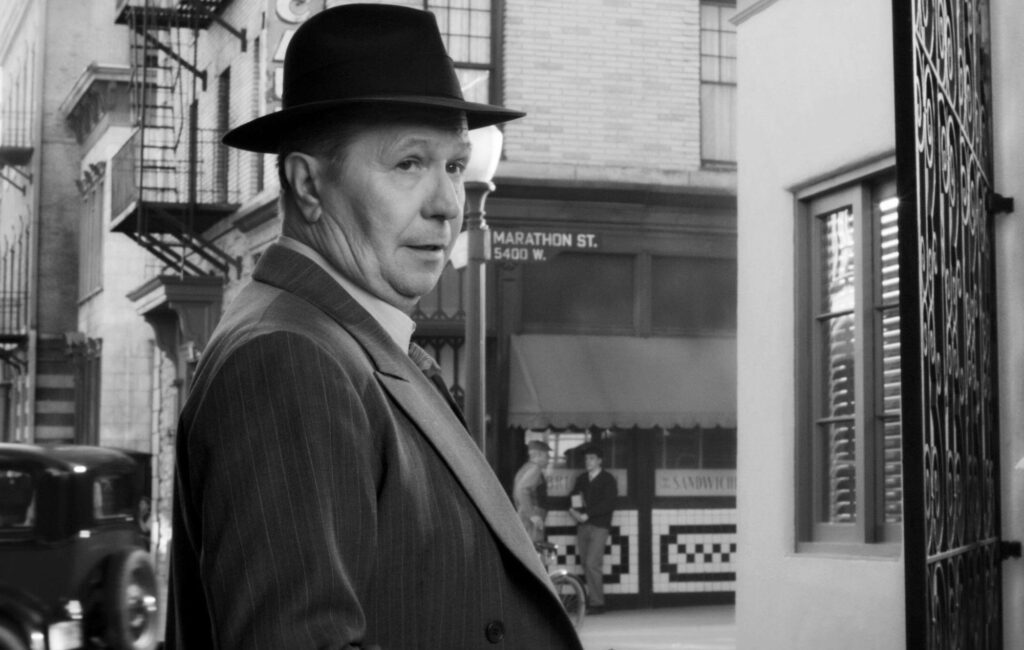 The biographical drama stars Oldman as screenwriter Herman Mankiewicz as he struggles to write the script for Citizen Kane, with Kingsley playing wunderkind producer Irving Thalberg, who brought iconic works including Ben Hur and The Hunchback of Notre Dame to cinemas.

In an interview with NME Kingsley shared his experience of Fincher’s “intensive” filming process, which features multiple takes of the same scene.

“He’s intensive insofar as he doesn’t take his foot off the gas. You spend very little time not acting, not doing a take,” said Kingsley. “The turnarounds take about 90 seconds. The crew are military, so almost all the time on set is spent doing takes and you do a lot. You do 30, 40, 50, 60 takes a shot.”

When asked what his personal best for takes was during filming, Kingsley recounted one scene with Oldman, but it wasn’t even close to the scene which scooped the most-takes record on the production.

“Gary and I did one shot 40-something, 50-ish times. I think the record on the shoot was either 74 or 78 and that was a scene with Gary, Tom Pelphrey, and Arliss Howard in a walking and talking scene. So they all got blisters.”

“They’re walking around the MGM studio lot and it’s a brilliant shot. I think David [Fincher] said his record is 104 takes. When I asked if we were going to beat that he swore at me. That was when he filmed Panic Room and he said it was a stunt. I can’t imagine what it was like.”

Kingsley praised the experience and explained how Fincher uses multiple takes to allow actors to “internalise” his direction, and how he suddenly realised what was happening while filming.

“The first four or five takes are him setting up the visual to perfection. He’ll nudge your camera a 10th of a millimeter to the left, or he’ll tell you to put your weight on your arse cheek one degree more. That’s where you’re working out the visual precision – then he’s just lasered in on your performance and it’s amazing. He’ll give you four or five notes after each take and after eight takes, you’re thinking, ‘Okay, I’ve now got 40 notes’.”

“Then you think, ‘I’m not sure I’m doing any of these. I might just be an acting robot because I’ve forgotten how to do them.’ But you then come up the other side and realise you’re doing something you’d discussed about two hours ago. I’ve internalized it and he’s got past me trying to do it. Fincher knows how to help actors. It didn’t feel stressful and it didn’t feel like a gruelling experience. It wasn’t SAS acting.”

Mank is streaming now on Netflix