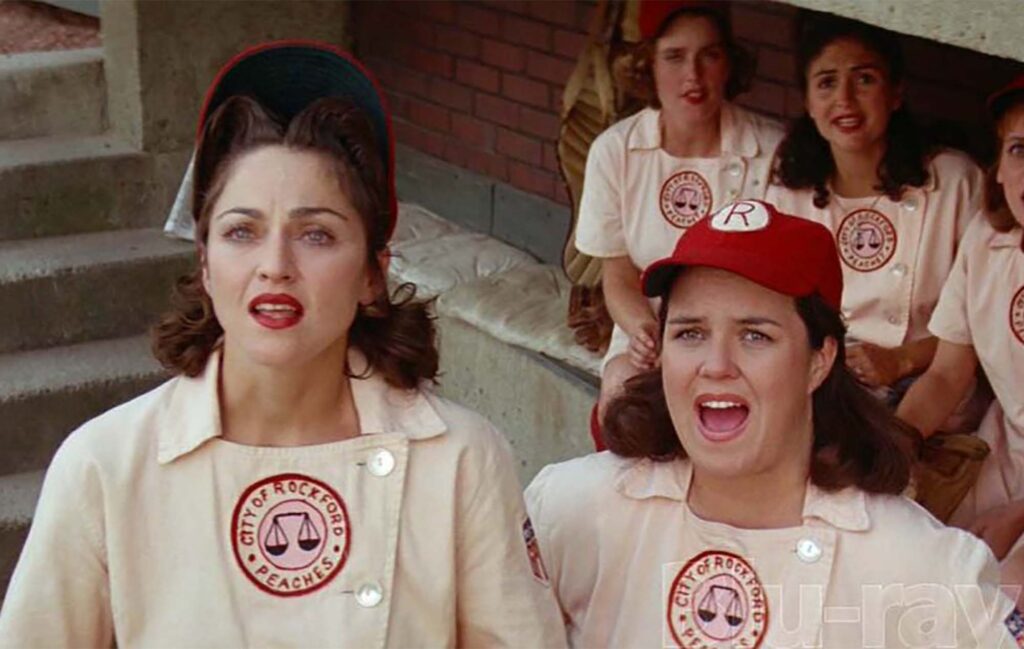 Oscar-nominated actor Debra Winger has revealed she quit A League of Their Own after Madonna was cast.

Winger was reportedly due to star in the film as Dottie, a character eventually played by Geena Davis in the 1992 sports film directed by Penny Marshall.

The actor recently told The Telegraph that she had trained with baseball team the Chicago Cubs for three months, but dropped out when Madonna was cast as Winger felt Marshall was now making “an Elvis film”.

“The studio agreed with me because it was the only time I ever collected a pay-or-play on my contract,” she explained. “In other words, I collected my pay even though I did not play, and that’s very hard to get in a court.”

Winger went on: “As entertaining as [the finished film] was, you don’t walk away going, ‘Wow, those women did that.’ You kind of go, ‘Is that true?’”

“I certainly don’t begrudge any of them,” she added, saying that she thought Davis “did OK” in terms of her baseball skills.

When asked for her thoughts on Madonna’s performance in A League of Their Own, Winger replied: “I think [her] acting career has spoken for itself.”

Meanwhile, Madonna announced a new reissue series for many of her albums yesterday (August 16), on her 63rd birthday.

“Since the very beginning, Warner Music Group has helped bring my music and vision to all my fans around the world with the utmost care and consideration,” the artist said in a statement.

“They have been amazing partners, and I am delighted to be embarking on this next chapter with them to celebrate my catalogue from the last 40 years.”