Lars Ulrich on a Metallica biopic: "I'm not sold on the idea" 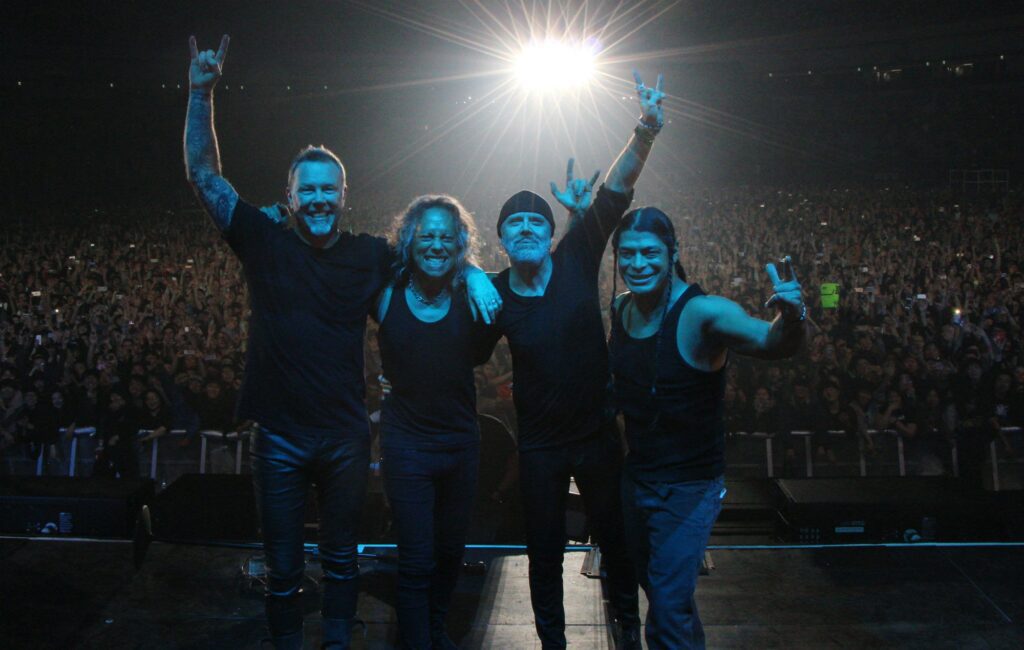 Lars Ulrich has spoken about the possibility of making a Metallica biopic in the future, saying that the idea of making such a film is “complicated” and that he isn’t “sold on the idea” of autobiographies generally.

The drummer was asked in a new interview if the band had considered giving their backing to a film in the same vein as Queen’s Bohemian Rhapsody and Elton John’s Rocketman.

“The question would beckon, what time period are we talking? Is it Metallica in their youthful times, or now?” he asked Collider. “There’s so many incredibly talented people out there, and it’s incredible how some actors can just transform. I think what Taron Egerton did as Elton John stands out as just being incredible casting, an incredible fit.”

Ulrich said that he views biopics as “more of a cautionary tale, which kind of falls in under the whole thing with autobiographies”, adding: “I’m not sold on the idea”.

“The idea of writing an autobiography I think is challenging, because I think you would have to be completely truthful, and to be 100% truthful, it’s hard to tell the stories without bringing other people into it, and then you sort of get into that whole thing where maybe the protagonist in that particular story wouldn’t want the story told.

“So to me, it’s kind of a dilemma of, these stories deserve the truth if you’re going to talk about them. But at the same time, you can’t take for granted that everybody who’s involved in those stories wants those stories out there.”

While casting some doubt on the prospect of a Metallica biopic, Ulrich did say that “as a creative undertaking, I would love to throw myself out into what Metallica would look like in the medium of film” — he just hasn’t “quite figured out” how yet.

“That’s one of the main reasons we did Through The Never [in 2013], but if it’s going to be more of autobiography, I think that’s going to be way more challenging because there’s so many biopics where you kind of sit and roll your eyes.

“I guess somewhere I’m just kind of a stickler for the truth, for some reason, so if you’re not gonna tell the truth, then maybe you shouldn’t say anything at all. That’s where it gets a little complicated for me, but let’s see how it plays out.”