'La Haine' is returning to cinemas in 4K this autumn 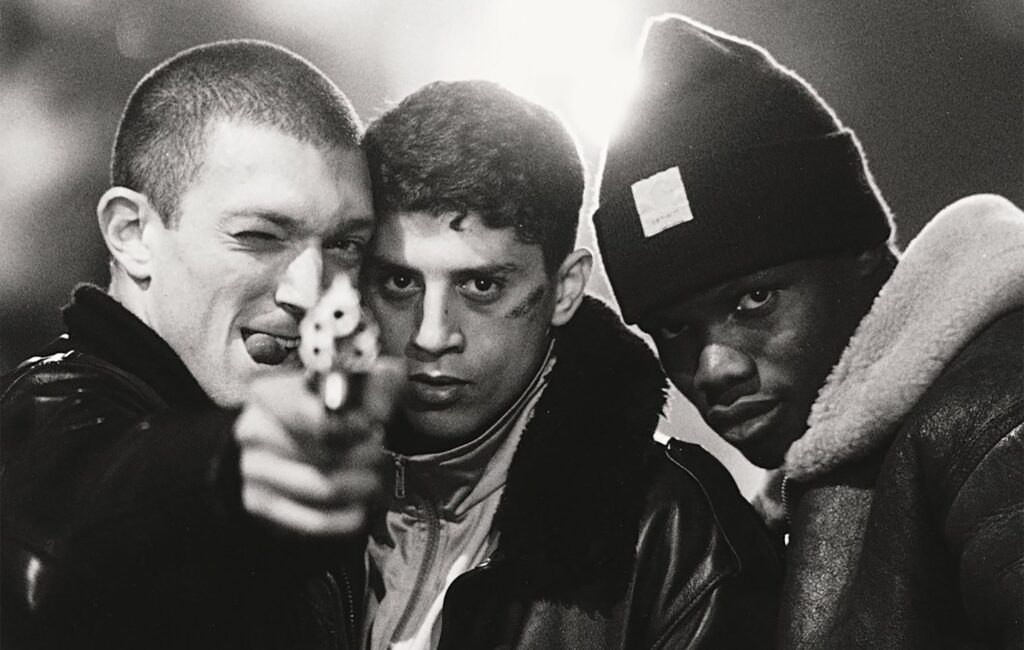 La Haine is getting a 4K re-release in cinemas this September.

Matthieu Kassovitz’s 1995 crime thriller is returning to BFI Southbank and selected cinemas across the UK to mark 25 years since its initial release.

The film was due for a re-release in May, but was then postponed due to the coronavirus crisis which forced cinemas to close their doors in March. Watch the new trailer here:

Cinemas have been given the green light to reopen since the start of July as lockdown across England begins to ease, and BFI have said they will be reopening their Southbank venue in September.

La Haine stars Vincent Cassel as a young Jewish man, Hubert Koundé as a Black boxer, and Saïd Taghmaoui as a young Arab man – three friends on the outskirts of Paris in an immigrant community who live one day in the aftermath of riots triggered by a police attack.

Kassovitz won the award for Best Director at the Cannes Film Festival in 1995, at the age of 27.

The BFI is also confident about re-releasing La Haine in light of the Black Lives Matter protests, and just a week after Ladj Ly’s film Les Misérables, which also deals with police brutality in an impoverished suburb in Paris.

In a statement in a press release announcement, BFI said the new release date and recent events “makes the film even more relevant and timely”.

Following the theatrical re-release from September 11, La Haine will be coming out on Blu-ray courtesy of BFI from November 16, 2020.