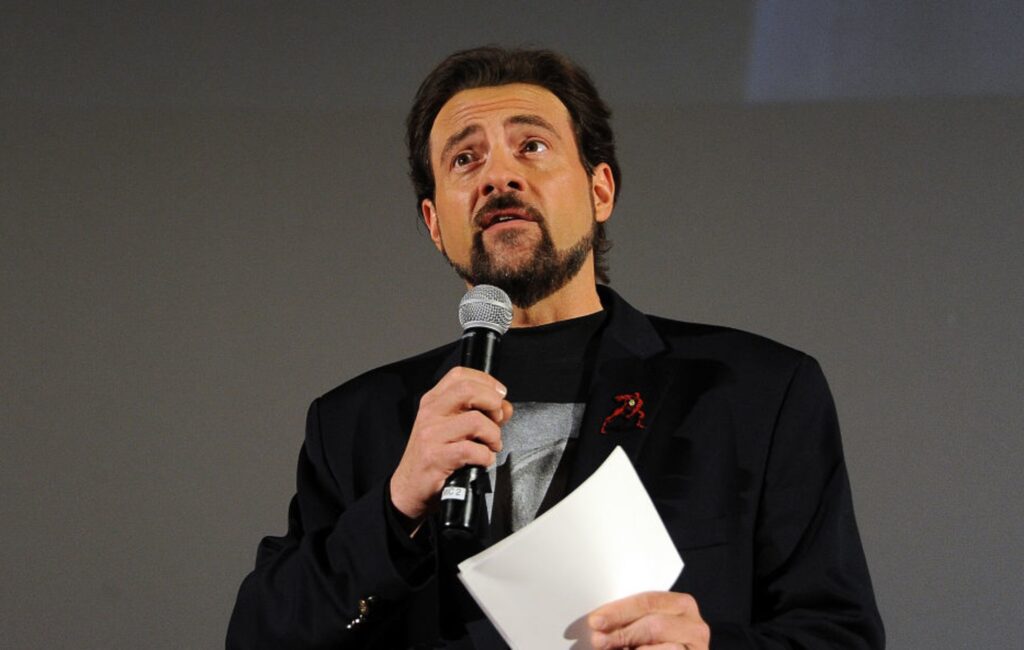 Kevin Smith has revealed that he’s finished the first draft of a script for Clerks 3, the third film in the cult franchise.

Sharing the news on Twitter, the filmmaker confirmed that characters Dante, Randal, Elias, Becky, Jay and Silent Bob will make a return, while tweeting that the new draft is a “funny fucking script”.

Smith then directed fans to his Instagram, where he gave a detailed explanation of the new film and his process writing it. He also posted a few images from the previous Clerks movies and shared a snippet of the new script.

“I started writing CLERKS III on December 28th and just finished the 101 page first draft last night! But the writing doesn’t begin when you start tapping the keys: I’ve been stirring this stew in my brain pan for awhile now,” he began his post. “So when I sat down to put years of daydreaming into actual words, the typing part of the writing process was pretty brisk.

“Fake New Jersey (or what I’ve long called the View Askewniverse) has been so much more preferable to visit than the real world lately – but I’ve told the tale I wanted to tell, so it’s time to step back, hand the script off to a trusted few, and then tinker further based on the feedback.”

He added: “For those keeping score anymore, this is actually Clerks III v.2. I had written a different version of Clerks III about 6 years back – one which I’m now very happy we never made (although I used the opening scene for @jayandsilentbob Reboot).”

Smith previously revealed that the plot for Clerks 3 would be partially inspired by the “massive” heart attack which almost killed him in 2018. His latest post confirms that this will still be the case.

“This is a much more personal story than the previous incarnation, drawing directly on the heart attack that nearly killed me (3 years ago next month),” he wrote. “It was oddly triggering writing those scenes, as it was the first time in awhile I contemplated how close I came to shuffling lose this mortal coil. But far more than make me mindful of my own mortality, this script to Clerks III makes me laugh out loud.”

He concluded: “Dante, Randal, Elias, Becky, Jay and Silent Bob are all back, and the premise of the flick allows anyone who was in Clerks or Clerks II to return in some capacity. After a bummer of a 2020, this is how I want to spend some of 2021: at @quickstopgroceries in New Jersey where it all began, with friends and family. And when we finally roll cameras on Clerks III, I will know beyond the shadow of a doubt that I *am* supposed to be there that day!”

Back in 2019, Smith confirmed that My Chemical Romance’s Gerard Way will be scoring Clerks 3.

During a fan Q&A for his recent Jay And Silent Bob reboot, Smith said Way would develop the score after he convinced the singer to return to music. In recent years, Way has focused his efforts on comic book series The Umbrella Academy.

Meanwhile, Smith is producing an animated TV series based on The Green Hornet, the classic superhero franchise which started in the 1930s as a radio show.

Smith, who already has a Green Hornet comic book series based on the un-produced feature screenplay he wrote for Miramax, is developing the new series with children’s content producer WildBrain.