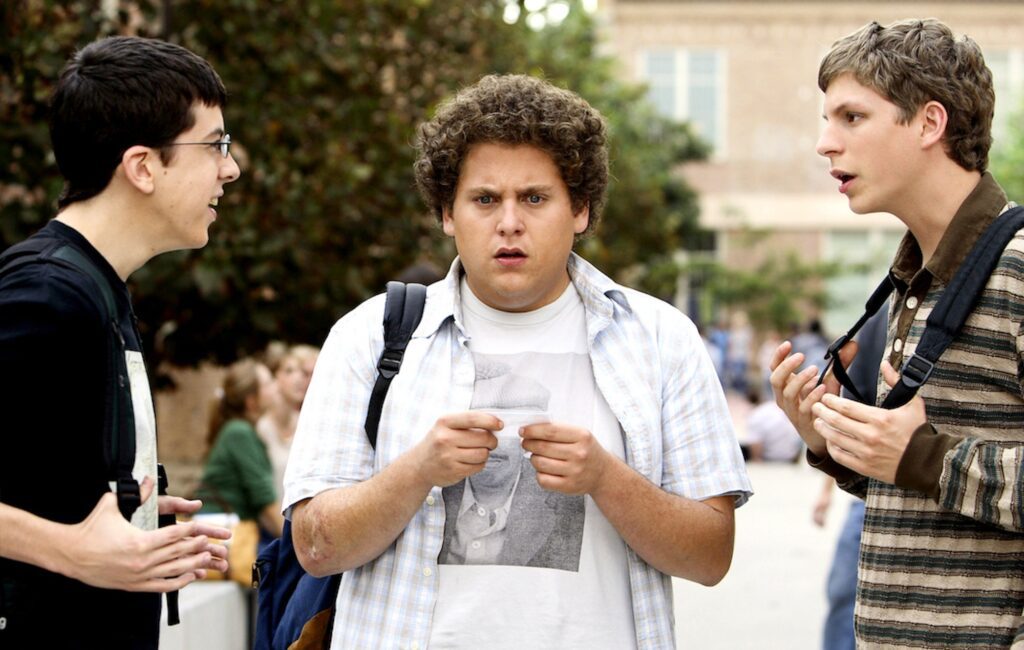 Jonah Hill has reignited talks of making a sequel to his 2007 smash-hit Superbad, saying he’d be keen to star in it on one condition: It’s made at least 41 years from now.

Hill played the role of Seth in the raunchy comedy, starring alongside Michael Cera (as Evan). Based on the teen exploits of writers Seth Rogen and Even Goldberg, it’s gone on to become a modern-day classic in the coming-of-age genre (though Rogen has conceded that some of its jokes have aged poorly).

Rumours of a sequel have been repeatedly shut down by the cast and crew, however in a new interview with W Magazine – hyping up his new role in Don’t Look Up – Hill revealed that he has one particular idea for a Superbad redux. “What I want to do is when we’re like 80, do a Superbad 2,” he said, noting that he’s yet to formally pitch the idea.

“Like, ‘old-folks-home Superbad’. Our spouses die, and we’re single again. That’s what I want Superbad 2 to be, and that’s the only way I would ever make it.”

Hill also spoke about his relative lack of fame when the original Superbad came out, telling W: “I lived in an apartment near Canter’s Deli, in Los Angeles, and there was a Superbad billboard above my little-ass apartment. Every day, I would walk to Canter’s to get sandwiches, and no one knew who I was, but there was a billboard with me on it right there! It was nuts. I kind of got this vibe, like, whoa – shit’s about to be really… different.”

Meanwhile, Hill reportedly caught the ire of Netflix during the press tour for Don’t Look Up, as he said last month that he pranked journalists with a digital fart machine.

Looking ahead, Hill is due to star as Grateful Dead frontman Jerry Garcia in a biopic about the band, directed by Martin Scorsese. He’s also marked to star alongside Eddie Murphy in an as-yet-untitled new comedy film for Netflix.