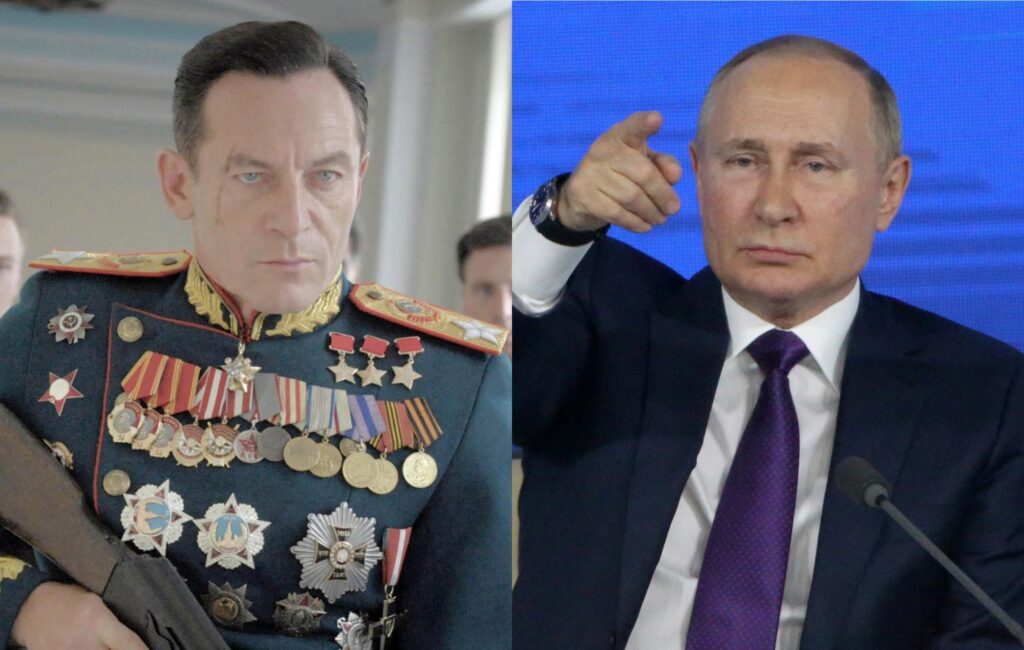 Jason Isaacs has likened Russian President Vladimir Putin’s press conferences to the scenes in his 2017 movie The Death Of Stalin.

The actor said in a new interview that Putin’s briefings could be outtakes from Armando Iannucci’s satire on Joseph Stalin and the Soviet Union leader’s legacy.

“The Death of Stalin is so prescient; some scenes could be directly ripped from the news,” he said in a fan Q&A published by The Guardian.

“Putin’s press conference where he lined up all of his cabinet members could have been a monstrously less funny outtake. I find it terrifying that one of the best hopes is that somebody in Putin’s circle will reach across that 300-foot table and put an end to this. It would take someone of Zhukov’s stature, with balls the size of Kremlin domes.”

Russia’s invasion of Ukraine, as ordered by Putin, continues to dominate the news agenda after starting six weeks ago.

“Who wouldn’t love being given a five-course banquet every time you open your mouth? But it was weird to be surrounded by my comedy heroes. Every time they said ‘cut’, I doffed my cap, sat at their feet and listened to stories of making Monty Python [Michael Palin], The Fast Show [Paul Whitehouse], Reservoir Dogs [Steve Buscemi] and Arrested Development [Jeffrey Tambor]. Then when Armando Iannucci shouted, ‘Action’, I suddenly had to take charge and slap them around.”

Last year, the actor said that he would like to reprise his Inquisitor role in a live-action Star Wars film.

Isaacs was asked about an earlier interview in which he had hinted at the possibility of a cross-over. “I think it was because of his lightsaber,” Isaacs said. “I’d like to use that spinning red lightsaber. I have the coolest wand in the Harry Potter world and I have the cool lightsaber in the Star Wars world.”

Asked if he would reprise his Inquisitor role, Isaacs replied: “I’m open to anything. It’s always about the script. I don’t want to just turn up so that I can take some photographs and go to conventions. I’d like to play parts.

“I think it was because of his lightsaber,” Isaacs said. “I’d like to use that spinning red lightsaber. I have the coolest wand in the Harry Potter world and I have the cool lightsaber in the Star Wars world.”