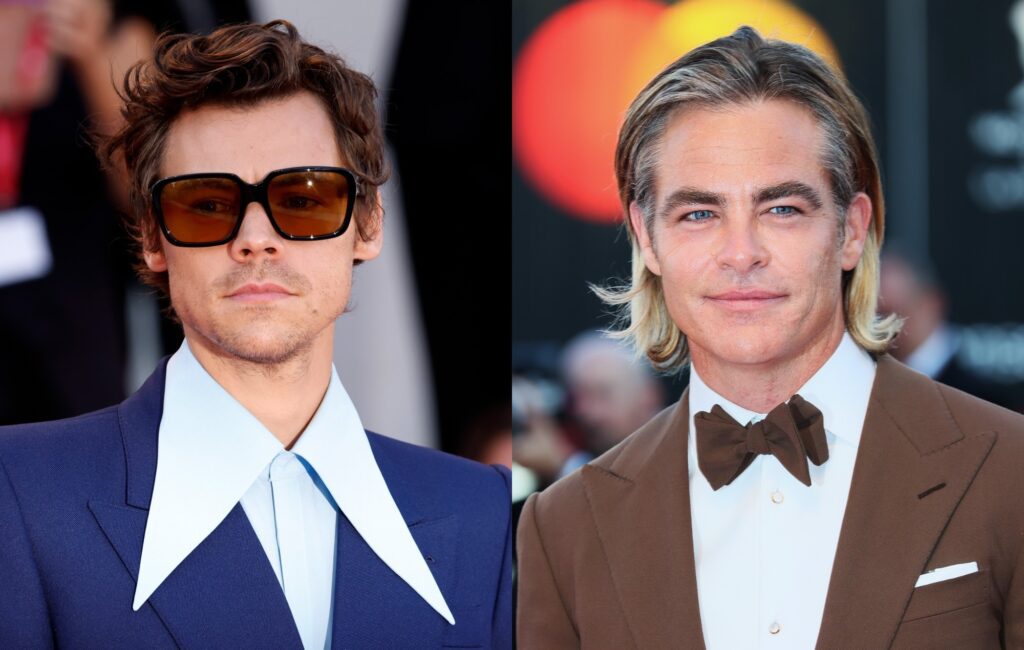 Harry Styles has denied spitting on Chris Pine following a viral clip at the premiere of Don’t Worry Darling.

After the film premiered at the Venice International Film Festival yesterday (September 5), a clip was shared widely on social media which many viewers believed showed Styles spitting on co-star Pine as he takes his seat next to him.

Representatives for Styles have since confirmed to The Guardian that “this is not true”. Pine’s rep also released a statement to People, denying that the incident took place.

“This is a ridiculous story – a complete fabrication and the result of an odd online illusion that is clearly deceiving and allows for foolish speculation,” Pine’s representative said.

#HarryStyles appears to spit on Chris Pine i won't sleep until i know the truth pic.twitter.com/wLXjIHTYgU

“Just to be clear, Harry Styles did not spit on Chris Pine. There is nothing but respect between these two men and any suggestion otherwise is a blatant attempt to create drama that simply does not exist.”

Olivia Wilde, director of Don’t Worry Darling, addressed speculation of a rift between her and lead actor Florence Pugh at a press conference prior to the premiere, following reports of a falling out between the pair while filming.

After describing Pugh as a “force”, Wilde said: “As for all the endless tabloid gossip and all the noise out there, the internet feeds itself. I don’t feel the need to contribute; I think it’s sufficiently well-nourished.”

During the conference, Wilde was asked about the departure of Shia LaBeouf, who denied her claim that he was fired from the film in order to create a “safe, trusting environment”. The question, however, was reportedly blocked by a moderator before Wilde could reply.

LaBeouf, who was originally cast to play the role of Jack Chambers before Styles, claimed that he “quit the film due to lack of rehearsal time” in response. He sent screenshots of text messages to Variety that he reportedly sent to the director at the time.

Don’t Worry Darling is a psychological thriller about young couple Alice (Pugh) and Jack Chambers (Styles) in the 1950s, whose happy marriage begins to unravel when she becomes suspicious of a secret project he’s working on. Alongside Pugh, Styles and Pine, the film stars Gemma Chan, KiKi Layne and Nick Kroll.

Don’t Worry Darling is scheduled to be released in cinemas on September 23.