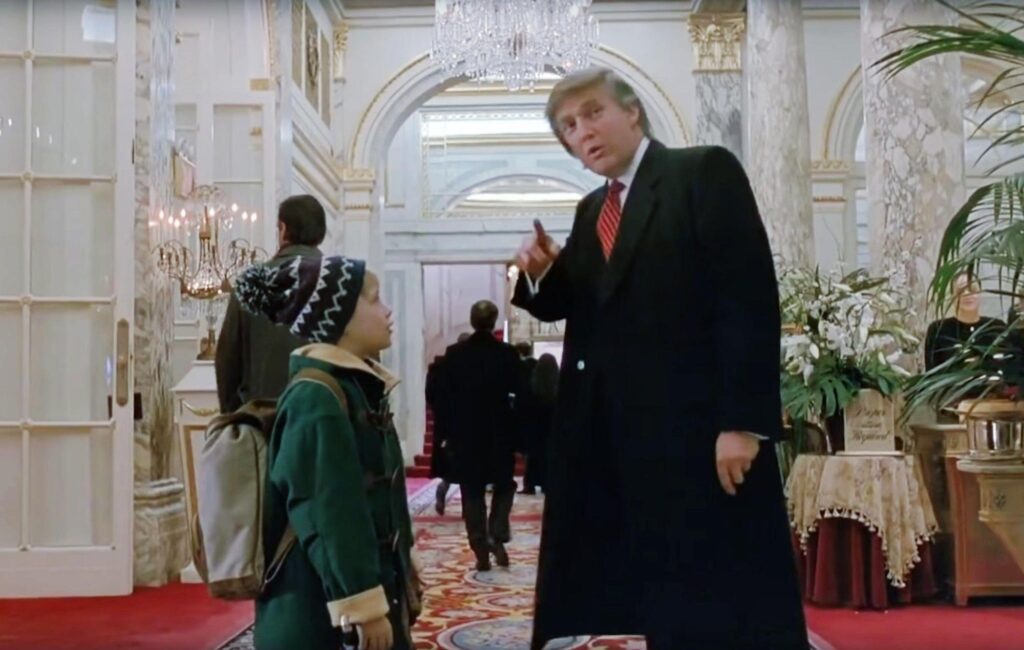 Fans of Home Alone have called for Donald Trump to be digitally removed from Home Alone 2: Lost In New York.

The outgoing President was permanently suspended from Twitter yesterday (January 8) after he shared messages on the platform that were deemed “likely to inspire others to replicate the violent acts that took place” when his supporters stormed the Capitol building in Washington D.C. earlier this week (January 6).

Now, movie fans are suggesting he should be removed from Home Alone 2 before it is shown on TV later this year. Trump made a cameo in the 1992 movie, telling Kevin (McCauley Culkin) where the hotel lobby was – a scene which director Chris Columbus previously said he “bullied his way” into.

“I won’t rest until he is removed from that scene in Home Alone 2,” one Twitter user wrote.

“He should be tried, imprisoned and digitally removed from Home Alone 2,” added another.

He should be tried, imprisoned, and digitally removed from Home Alone 2.

Some fans called for Christopher Plummer to replace Trump in the film, referencing the actor stepping in to replace Kevin Spacey in All The Money In The World in 2017 after Spacey was accused of sexual assault.

Disney+ have announced that Christopher Plummer will now tell Kevin where the lobby is in Home Alone 2.

Trump’s Home Alone 2 cameo has been removed from the film before. Canadian broadcaster CBC cut eight minutes, including his scene, from an airing of the movie in 2019 to make room for more adverts. Trump responded to the move on Twitter, saying: “I guess Justin T doesn’t much like my making him pay up on NATO or Trade!”

As well as Twitter, Trump has been banned indefinitely from Facebook and Instagram. However, those suspensions could be lifted after Joe Biden is inaugurated as the 46th President of America on January 20.