‘Eternals’ director Chloé Zhao on casting Harry Styles: “There’s so much of Eros in him” 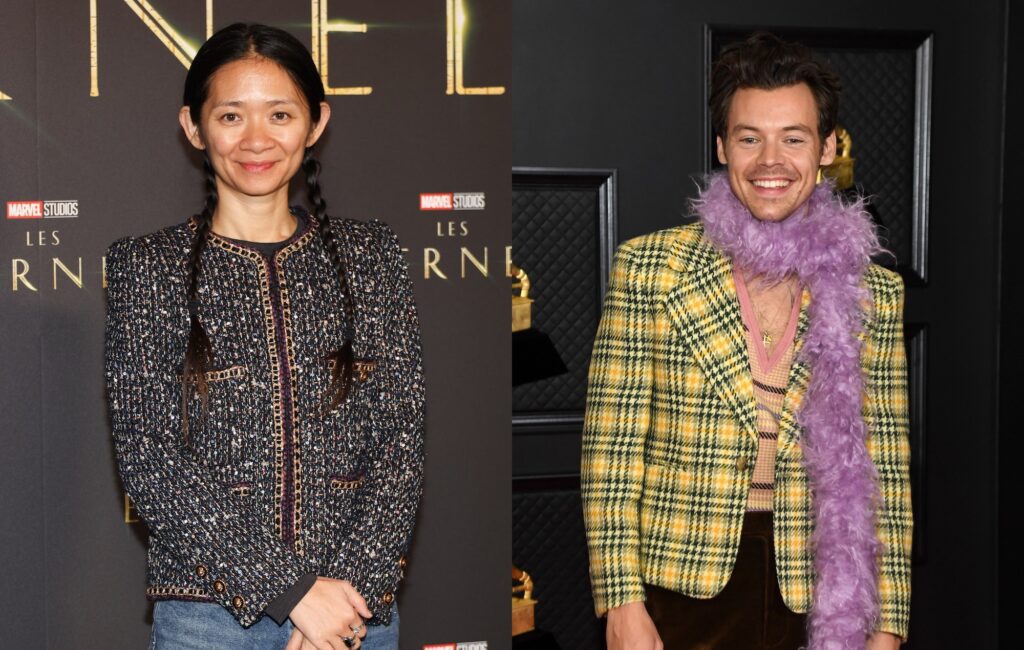 Styles’ performance as Eros, the brother of Thanos, marks his debut appearance in the Marvel Cinematic Universe – although he only appears in the mid-credits scene.

Speaking to Deadline, the Oscar-winning director said: “Harry as Eros was very much a package deal for me. I pitched the idea of Pip the Troll [voiced by Patton Oswald in Eternals] and Eros to Kevin [Feige, Marvel Studios boss] a while back, and I love the idea of exploring an Eternal who is beyond Titan and who may have influenced Thanos throughout the years the same way Eternals influenced us, earthlings.”

She continued: “And then, it wasn’t like I suggested Eros, and let’s go find actors. I kept tabs on Harry since Dunkirk, I thought he was very interesting. After meeting him I realised he is that character – the same way I cast the rest of my cast. There’s so much of Eros in him. For me, if he says yes, and Kevin says yes, then it’s a go. And I’m very happy they both did.”

In a four-star review of the film, NME said: “Eternals is frequently stunning without being caked in production gloss: there’s no obvious attempt to scrub up lovably grungy Camden Lock, for instance. By the end you’ll be invested in these characters and ready to debate who should get a standalone movie first: a sure sign that Zhao understood the assignment and executed it with flair.”

According to reports, Eternals will not be shown in cinemas in Saudi Arabia, Kuwait or Qatar due to a same-sex kiss scene, which Disney has refused to edit out. Jolie responded to the reports, saying: “I’m sad for [those audiences]. And I’m proud of Marvel for refusing to cut those scenes out.

“How anybody is angry about it, threatened by it, doesn’t approve or appreciate it is ignorant.”