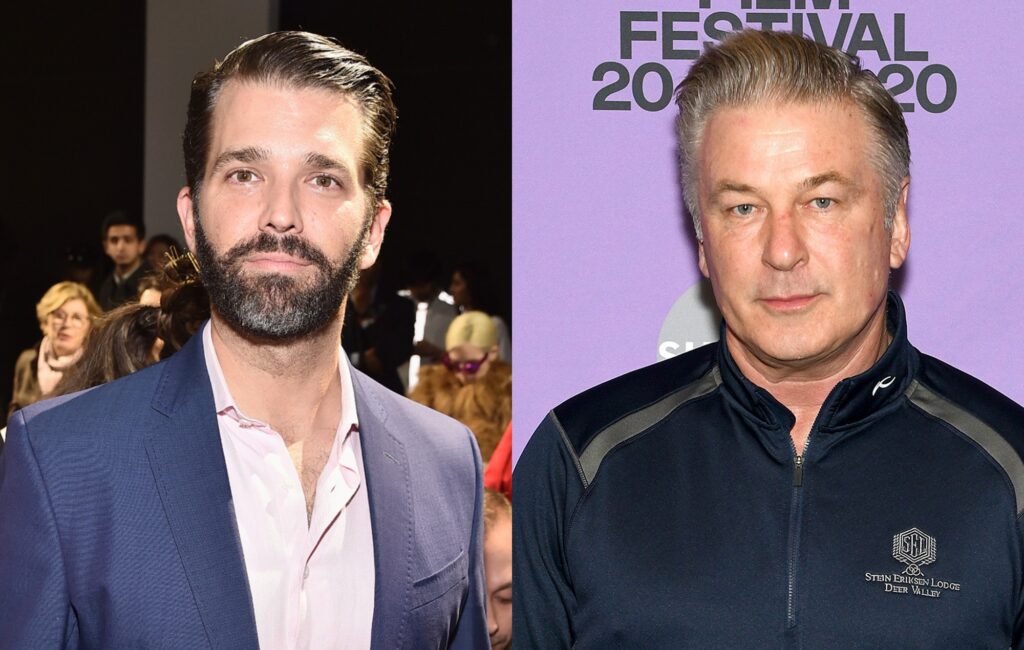 Donald Trump Jr has been selling T-shirts referring to Alec Baldwin’s fatal shooting of cinematographer Halyna Hutchins on the set of Rust.

The actor fired a prop gun during production last week, which killed Hutchins and injured director Joel Souza, with Baldwin since saying that his “heart is broken for her husband, their son, and all who knew and loved Halyna”.

Trump Jr, who is the son of former US president Donald Trump and a frequent critic of Baldwin, has taken to his Instagram Stories to share a T-shirt that says: “Guns don’t kill people, Alec Baldwin kills people”, which is being sold for $27.99 (£20.32) on his website.

He also photoshopped an image of Baldwin wearing the T-shirt, and in recent days has been posting memes related to the actor, including one saying: “Let’s all watch Alec Baldwin blame the gun.”

Speaking after the incident last week, Baldwin said: “There are no words to convey my shock and sadness regarding the tragic accident that took the life of Halyna Hutchins, a wife, mother, and deeply admired colleague of ours.

“I’m fully cooperating with the police investigation to address how this tragedy occurred and I am in touch with her husband, offering my support to him and his family. My heart is broken for her husband, their son, and all who knew and loved Halyna.”

Production on Rust has since wrapped “until investigations are complete”, according to a letter to the film’s crew, with Baldwin reportedly cancelling other projects in the wake of the incident.

An affidavit has since been released that includes testimony from Souza, who said that a scene involving Baldwin “cross drawing” a revolver and pointing it at a camera was being rehearsed when the incident occurred and that he was assured the gun that killed Hutchins was safe beforehand.

Additionally, cameraman Russell Reid said that Baldwin was “very careful” with the gun, and the actor had tried to ensure safety on set earlier on.

No charges have been made in relation to the incident at the time of writing.