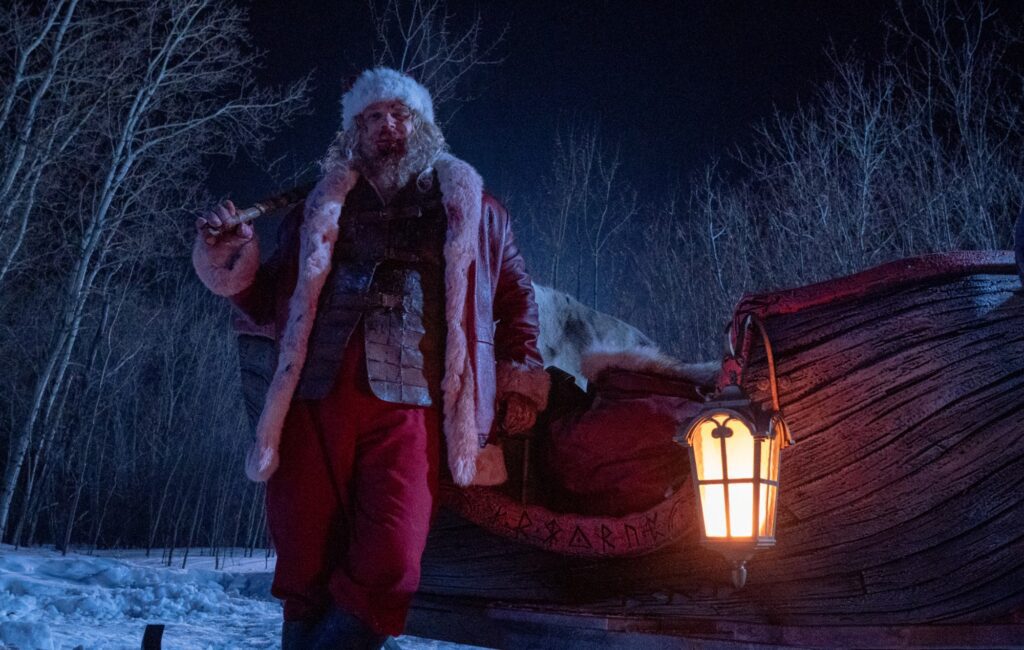 David Harbour plays a killer Santa Claus in the upcoming film Violent Night – check out the first trailer below.

A synopsis reads: “When a team of mercenaries breaks into a wealthy family compound on Christmas Eve, taking everyone inside hostage, the team isn’t prepared for a surprise combatant: Santa Claus is on the grounds, and he’s about to show why this Nick is no saint.”

Violent Night is written by Patrick Casey and Josh Miller (Sonic The Hedgehog), and also stars John Leguizamo (Carlito’s Way) as leader of the mercenaries, Ben, and Beverly D’Angelo (American History X) as the matriarch, Gertrude.

The film is produced by 87North, the production company founded by director David Leitch and Kelly McCormick, which has previously worked on action films Nobody and Bullet Train starring Brad Pitt.

The film is set to have its world premiere at New York Comic Con on October 7. It will be released in cinemas worldwide on December 2, 2022.

Harbour is set to star in a film adaptation of the PlayStation racing game series Gran Turismo, helmed by director Neill Blomkamp (District 9, Elysium). The film is scheduled to be released in 2023.

The actor will also reprise his role as Alexei Shostakov aka Red Guardian in upcoming Marvel team-up Thunderbolts, alongside Florence Pugh, Sebastian Stan and Julia Louis-Dreyfus. The film is set to be released on July 26, 2024.