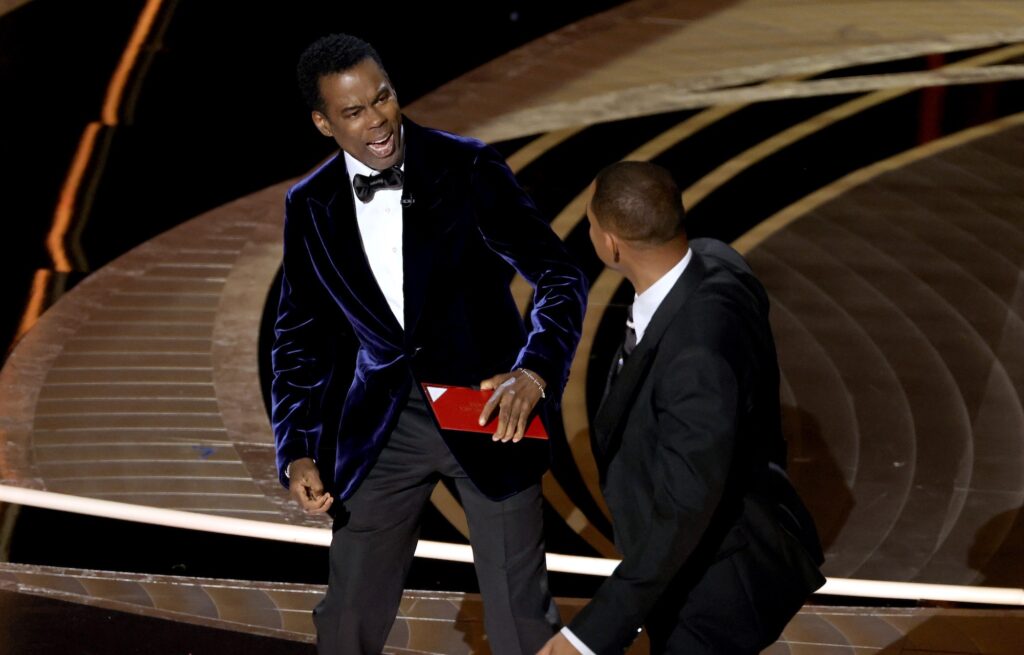 Chris Rock reportedly made a joke backstage at the Oscars about Muhammad Ali after being slapped by Will Smith.

The comedian was struck by the actor following a joke about his wife Jada Pinkett Smith’s shaved head. In 2018, Pinkett Smith revealed she has alopecia.

A Vanity Fair awards insider has since reported that Rock tried to downplay the situation as he exited the stage, nodding to Smith’s Oscar-nominated turn as the boxer in 2001’s Ali.

“When Chris Rock walked back to the wings of the stage with the winners, his cheek was red, but he tried to play it off to the gobsmacked crew and fellow presenters by making a joke about one of Will Smith’s other Oscar-nominated roles,” they wrote.

“One witness said he remarked loudly, ‘That’s the only time you get hit my Muhammad Ali and it doesn’t leave a scratch.’”

Will Smith has since issued a formal apology to Rock via his Instagram page.

“I would like to publicly apologize to you, Chris,” he wrote. “I was out of line and I was wrong. am embarrassed and my actions were not indicative of the man I want to be. There is no place for violence in a world of love and kindness.”

Smith also reiterated his apology to The Academy, as well as “the producers of the show, all the attendees and everyone watching around the world. I would like to apologize to the Williams Family and my King Richard Family.

“I deeply regret that my behavior has stained what has been an otherwise gorgeous journey for all of us. I am a work in progress.”