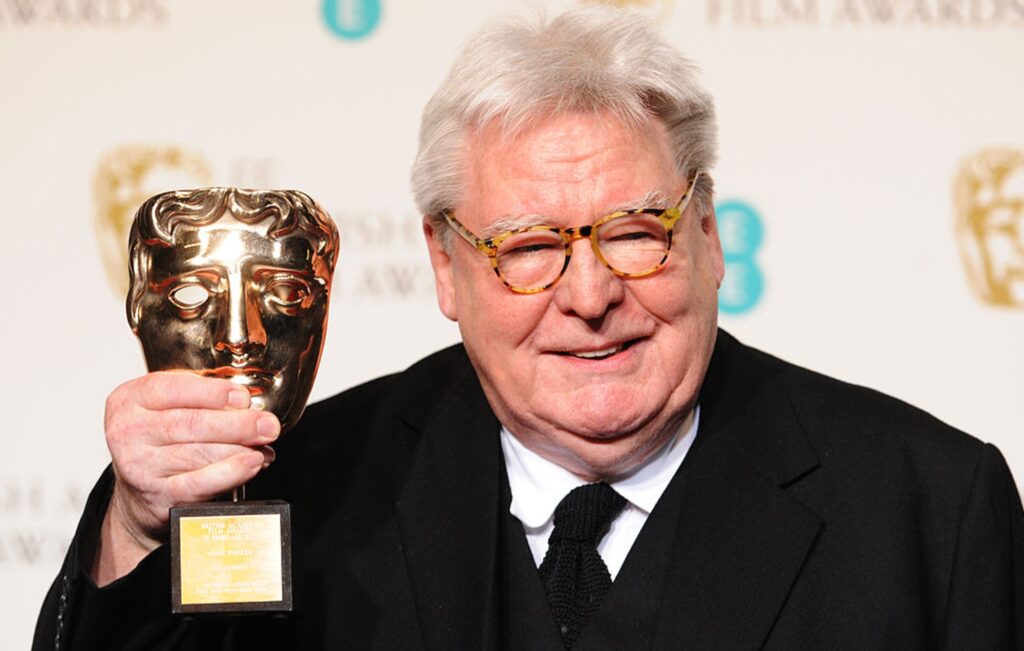 Sir Alan Parker, the director behind movies such as Bugsy Malone, The Commitments, and Midnight Express, has died aged 76.

The news was announced by a representative, who said he had died on Friday (July 31) “after a lengthy illness.”

Parker, who was a founding member of the Directors Guild of Great Britain, is survived by his wife Lisa Moran-Parker, five children and seven grandchildren.

Born in 1944 in Islington, London, Parker began his career in advertising as a copywriter but quickly graduated to writing and directing commercials. After directing the 1974 TV film The Evacuees, he made his feature film debut with Bugsy Malone in 1976.

Getting Hollywood’s attention with the Jodie Foster-starring children’s musical, he was then hired to direct the Oliver Stone scripted Midnight Express, which earned him an Oscar nomination.

He would go on to helm a string of successful films in the 80s, including performing-arts student musical Fame (1980), Vietnam war drama Birdy (1984), cult thriller Angel Heart (1987), and civil rights thriller Mississippi Burning (1988).

His other credits include The Commitments, Angela’s Ashes and Shoot the Moon.

He also directed Pink Floyd – The Wall in 1982, which starred Bob Geldof in a feature film realisation of the hit Pink Floyd album.

A founding member of the Directors Guild of Great Britain, Parker was also chairman of the UK Film Council. He received a CBE in 1995 and a knighthood in 2002.

Although he won countless awards, including BAFTA’s prestigious Michael Balcon Award for outstanding contribution to British cinema, he was never honoured at the Oscars, despite being nominated twice for best director.

The Academy paid tribute to the director. “From ‘Fame’ to ‘Midnight Express,’ two-time Oscar nominee Alan Parker was a chameleon,” they tweeted. “His work entertained us, connected us, and gave us such a strong sense of time and place. An extraordinary talent, he will be greatly missed.”

From "Fame" to "Midnight Express," two-time Oscar nominee Alan Parker was a chameleon. His work entertained us, connected us, and gave us such a strong sense of time and place. An extraordinary talent, he will be greatly missed. pic.twitter.com/OxZPBxTE8F

The BFI added: “We’re deeply saddened to learn that British filmmaker Alan Parker passed away this morning. Also a former Chairman of the BFI, his works as director include Midnight Express, The Commitments and Angela’s Ashes.”

We're deeply saddened to learn that British filmmaker Alan Parker passed away this morning. Also a former Chairman of the BFI, his works as director include Midnight Express, The Commitments and Angela's Ashes https://t.co/wuBtJvHG1b pic.twitter.com/TDEqyxWgWb

Other tributes have been paid by the likes of Andrew Lloyd Webber, John Cusack, Edgar Wright, and many more. See them below.

Very sad to hear the news of Alan Parker's death. My friend and collaborator on the Evita movie and one of the few directors to truly understand musicals on screen. – ALW

So sad to hear of Sir Alan Parker's passing. His incredible run of hits as a British filmmaker gave immense inspiration to me: Fame, Midnight Express, Birdy, Angel Heart & his beguiling debut Bugsy Malone (one I've parodied twice & want the last song to be played at my funeral.) pic.twitter.com/gg5xTuXTnL

RIP Alan Parker 💔💔 🙏 One of my favorite Filmmaker, you been such a great inspiration for filmmakers Globally, thank you for the wonderful films sir, Your films are gonna live forever. 🙏🎞📽🎥🎬 pic.twitter.com/5vtY0sgn53

I met Alan Parker once. He was a gentleman. Rest In Peace!

#RIP Alan Parker, who once said of "Mississippi Burning":

"I'm trying to reach an entire generation who knows nothing of that historical event. .. to cause them to react to it viscerally, emotionally, because of the racism that's around them now."pic.twitter.com/VEVg4RRuT4

I've long been an admirer of Alan Parker. As a kid, I loved BUGSY MALONE's playful bridging of childhood and grown-up shenanigans. Later, I found myself mesmerized by his horror noir ANGEL HEART, cementing his status as one of my faves. One of the great Brit film visualists. pic.twitter.com/ZTisOUV7r2

R.I.P. Alan Parker one of the best and most versatile directors of our time. He could do it all with style. pic.twitter.com/DWfh6HG3jc

We are deeply saddened to hear of the passing of the acclaimed Alan Parker. The legacy he left behind will be cherished at Pinewood with memories of #BugsyMalone #Evita and many more. pic.twitter.com/22w6VH1cHd

Film director Alan Parker has died at the age of 76, his family has announced

So many different genres, and he excelled in all pic.twitter.com/VDHWphfNmI

So very sad to share the news of the passing of my dear friend, Sir Alan Parker. Being cast in his epic film, Birdy, transformed my life. Alan was a great artist who’s films will live forever. Godspeed, Sir Alan. 💔#BugsyMalone#MidnightExpress#FAME#MississippiBurning#Birdy pic.twitter.com/4rBpbEhVh1

I've been on a three month Alan Parker deep dive, and if you haven't seen "Shoot The Moon" you really need to, immediately.https://t.co/6spYI4y73n
RIP Mr. Parker.

RIP the great Alan Parker, 76. Director of one of my favourite films, Mississippi Burning, along with Angel Heart, The Commitments, Midnight Express, Bugsy Malone and more. What a talent. Godspeed and thank you. pic.twitter.com/DeH85cwy9l

Midnight Express. Birdy. Mississippi Burning. Angel Heart. Pink Floyd The Wall. Bugsy Malone. The Commitments. Alan Parker directed some of my favorite films of all time— and his powerfully imaginative work will outlive him for many generations to come. #alanparker pic.twitter.com/ZOhHB7YfVI

And #Birdy He made so many movies I love. What a talent #AlanParker https://t.co/f9ofcYIuqk