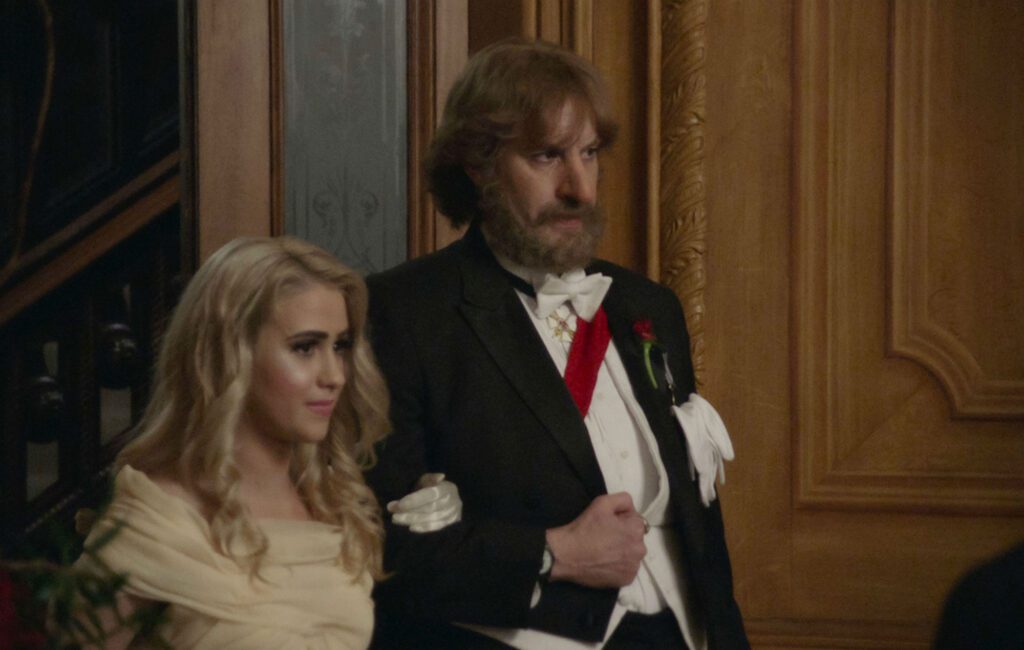 The woman who portrays Borat’s daughter in Sacha Baron Cohen’s new sequel has been revealed as a little-known Bulgarian actress.

Initial press materials suggested Tutar was played by an actor called Irina Novak, but this was later revealed to be a pseudonym. Bakalova has starred in Bulgarian films including Transgression (2018) and this year’s Last Call.

In a controversial scene in the new film, the full title of which is Borat Subsequent Moviefilm: Delivery of Prodigious Bribe to American Regime for Make Benefit Once Glorious Nation of Kazakhstan, Bakalova poses as a Russian reporter who asks Rudy Giuliani to a hotel room for a drink.

Giuliani, 76, is Donald Trump’s attorney, and in the scene he accompanies her to a hotel room rigged with secret cameras where he can be seen putting a microphone on. When his microphone is taken off, Giuliani lies down on the bed in the room and appears to put his hands down his trousers. The pair are then interrupted by Borat (played by Baron Cohen), who runs in and tells Giuliani: “She’s 15. She’s too old for you.”

The US politician has called the scene a “complete fabrication” – and has also been defended by Cohen’s character in a not-so-serious response.

“I here to defend America’s Mayor, Rudolph Giuliani,” Borat remarks in a new clip. “What was an innocent sexy-time encounter between a consenting man and my 15-year-old daughter has been turned into something disgusting by fake news media. I warn you: anyone else try this and Rudolph will not hesitate to reach into his legal briefs and whip out his su-penis.”

In related news, yesterday (October 22) a 40-foot inflatable Borat figure was spotted floating down the River Thames to promote the new movie, which is out now on Amazon Prime Video.