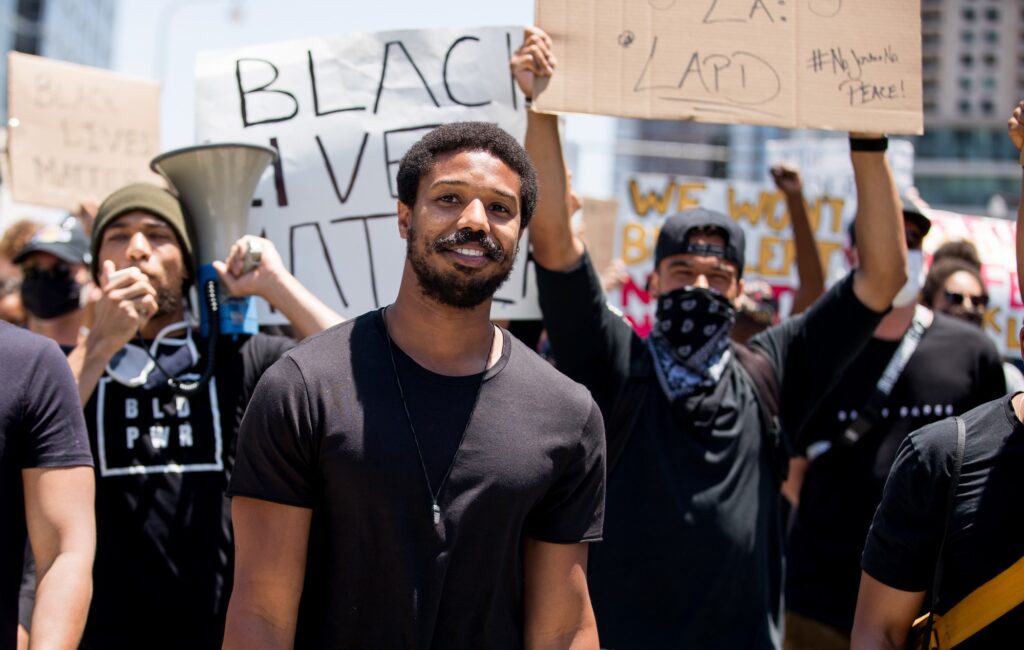 The actor, who has previously been vocal about the need for more diversity within the film and TV industries, announced the new #ChangeHollywood programme yesterday (July 24).

The initiative has been created in collaboration with non-profit civil rights advocacy organisation Color Of Change. It asks Hollywood to commit to four things: divesting funds from the police and investment in anti-racist content, Black talent and careers, and Black communities.

“Hollywood has a history of racism … Excluding Black talent, silencing Black voices, derailing Black careers, and propping up policing and injustices…” Jordan wrote on Twitter. “Hollywood, break the pattern it’s about that time !!”

Hollywood, break the pattern it’s about that time !! #ChangeHollywood

A statement on the #ChangeHollywood website reads: “Our goal is to provide a roadmap for action: concrete steps that individuals and organizations in Hollywood can take to move the industry toward racial justice.

“Collaborations like ours — between an actor/producer on the inside, and a racial justice advocate on the outside — can demonstrate the change that’s possible and also provide resources that support a wide range of individuals and organizations to take action.”

Through the initiative, industry figures will be provided with resources including directories, templates, audit analysis, consulting sessions and more to help aid them in keeping their commitments.

The launch follows Jordan calling for studios and agencies to “invest in Black staff” during a Black Lives Matter protest in LA last month. Addressing a crowd outside the ICM Partners building, the star also reflected on some of his movie roles, sharing what they have taught him about racial injustice and inequality.