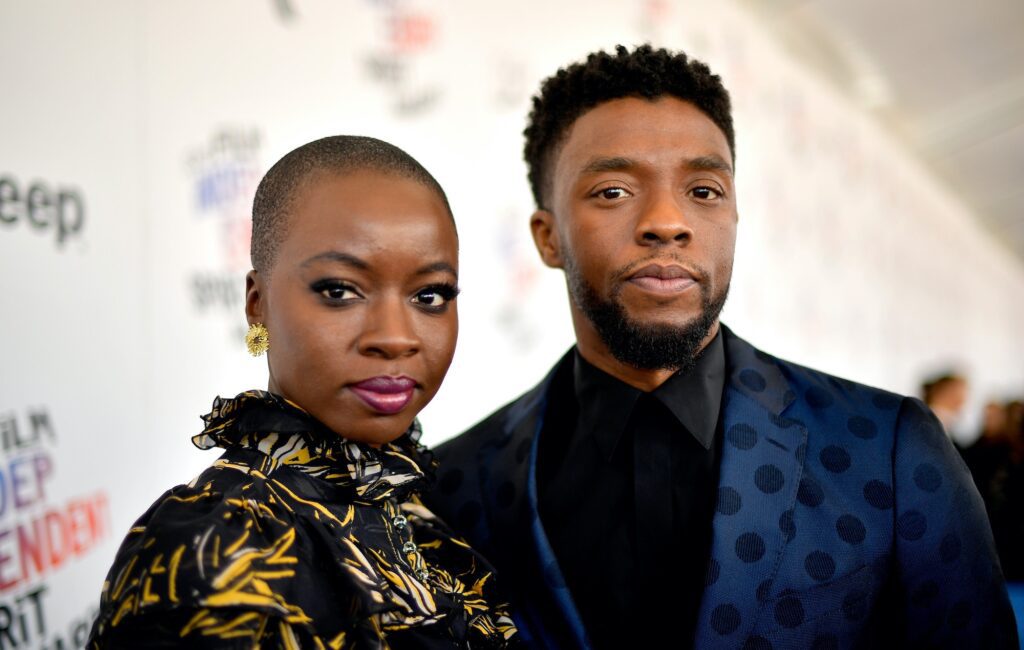 Boseman’s death was announced on his Twitter page, revealing that he had been suffering from colon cancer for four years.

Gurira shared her tribute to the actor on Twitter yesterday (August 30), asking: “How do you honour a king?”

“Reeling from the loss of my colleague, my friend, my brother,” she began. “Struggling for words. Nothing feels adequate. I always marvelled at how special Chadwick was. Such a pure-hearted, profoundly generous, regal, fun guy.

“My entire job as Okoye [her Black Panther character] was to respect and protect a king. Honour his leadership. Chadwick made that job profoundly easy. He was the epitome of kindness, elegance, diligence and grace.”

Gurira continued to call Boseman a “true class act” who was “perfectly equipped” to handle the role of leading Marvel‘s Black Panther and lead a franchise “that changed everything for Black representation.”

Speaking about the star’s nature, she wrote: “He made everyone feel loved, heard and seen. He played great, iconic roles because he possessed inside of himself that connection to greatness to be able to so richly bring them to life. He had a heroic spirit and marched to the beat of his own drum; hence his excellence as an artist and the incredible courage and determination as he faced life’s challenges; while still guiding us all.”

Gurira concluded her tribute by saying she couldn’t “wrap my mind around this loss” and that her heart ached for the children he had inspired, who had lost “their hero just as they finally found him”.

The Black Panther and Walking Dead actor’s tribute is one of the latest to be paid to Boseman following news of his death. The MTV VMAs opened last night with a dedication to the star, with host Keke Palmer saying his “impact lives on”.