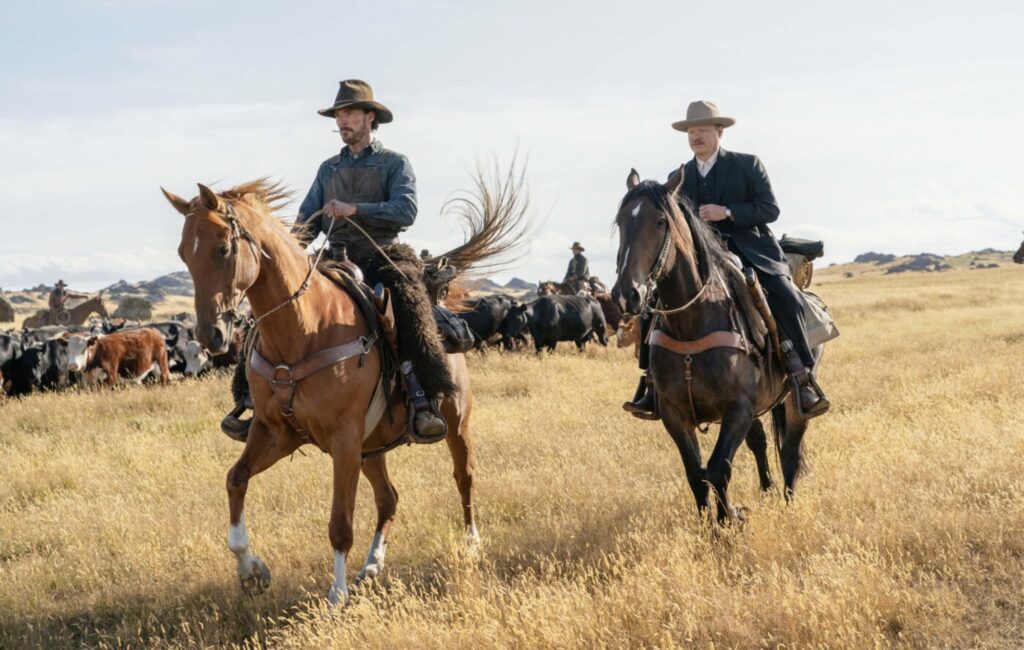 Jesse Plemons has recalled a moment when co-star Benedict Cumberbatch’s method acting “pissed him off” while filming The Power Of The Dog.

Speaking to Variety, Plemons explained how Cumberbatch on one occasion took his method acting too far while on set.

“There was one time he got under my skin,” Plemons said. “He was like, Hey, big boy’.

When the cast were having dinner, Cumberbatch apologised for the remark after Plemons told him it “pissed me off”.

For the film, Cumberbatch often isolated himself from the cast to stay in character. Plemons said while he would be hanging on set with cast members Dunst and Kodi Smit-McPhee, Cumberbatch “would be off in his corner braiding or doing whatever he was doing or rolling cigarettes”.

Speaking to NME about method acting for the film, Cumberbatch said: “I didn’t want to be really mean to Kirsten, but I needed to stay in character. So I didn’t speak to her on-set. She was the same. We were the negative to each other’s positive. [We were] repelled by each other.”