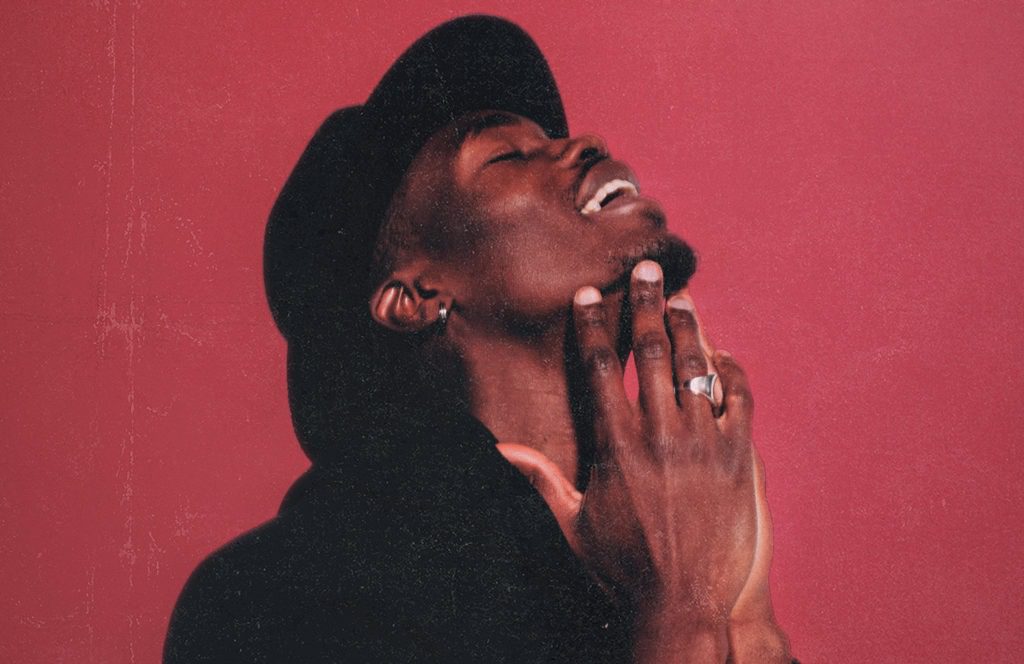 The ongoing quarantine has forced people worldwide to not only increase their bodily health practices but also their mental health. The past few months have been an honest, eye-opening experience where artists like TOBi are reflecting on how they treat themselves.

The Nigerian-Canadian rapper/singer has been an advocate for self-care and embracing vulnerability since the release of 2019’s debut album STILL. Now, the 27-year-old artist continues to focus on joy with new EP, Elements Vol. 1. Released on Wednesday (Oct. 21) via Same Plate/RCA Records, the 10-track project journeys through TOBi’s experience as a Black man who is unafraid to display his emotions. His sound mirrors this honest mindset, while also reflecting his cultural upbringing with a fusion of Afrobeats, grime, old-school soul and even a little jazz.

“One thing that I’ve learned is focusing on the things in my control. Also finding space for joy, my own happiness and the people around me,” TOBi (born Oluwatobi Ajibolade) tells SPIN over the phone from his Toronto home. “There’s so many negative things in the world. Sometimes it’s so overwhelming to look at ‘cause we got our own personal shit to deal with.”

Like many, exercises like daily meditation and journaling (whose entries turn into songs) have been doing wonders for TOBi during this time. “I’ve been spending time outside, eating good food like fruits and vegetables. You know what people say: ‘Drink water and mind your business,’” he says with a chuckle.

Below, SPIN checked in with the artist over Zoom to dive into the backstory behind his new EP, supporting local talent and the importance of spotlighting the African diaspora. SPIN: Last year, you held an event called “UNPACK Toronto” that discussed mental health in an open setting. As Black people, we don’t have those conversations enough and instead hide our emotions. I think it’s commendable when artists like yourself make it a normalized topic.
Thank you for saying that. You know, through this whole journey I’ve been learning about my own stigmas and unraveling those things. It’s been a great accountability measure for me to unpack mental health and societal issues. May 2020 was a very difficult month for Black people, because the world was finally like, “Oh, this is happening!” And it’s like, nah, it’s been happening. But I will say I never felt closer to the people in my life when we unpack stigmas that we deal with collectively. So I’m grateful for that.

Your song “Made Me Everything” seems to be a testament to your faith, but also finding joy through turmoil.
I actually made the song last year. The vocal sample [of Words of Wisdom-Truth Revue’s 1971 single “You Made Me Everything”] in the beginning is so vulnerable, but he’s also rejoicing, right? As soon as I heard that, it triggered that feeling inside of me, just talking about the things I’ve been as a Black man and what that means to me. So some people have found [the song] more relevant during this time [with Black Lives Matter]. It’s interesting because these things didn’t just pop up out of nowhere—they’ve always been here. But with the video, we really wanted to showcase Black people and people of color experiencing joy and being unbounded. None of that was scripted apart from the choreography. All those reactions were spontaneous. It was beautiful.

The kids in the video look like they were having so much fun. I’m sure that that was resonating behind the scenes as well.
It felt like a block party. A socially distanced block party [Laughs] They were just vibing to the song. I had some of my longtime homies over there in the back, just chilling. The energy was just on 10. When you hear that song, you gotta feel like you could climb Mount Kilimanjaro or Everest.

Over the past three or so years, we’ve seen more people from the African diaspora come up in the mainstream industry. With “Dollas and Cents,” you and producer Juls are exploring that connection between your native countries: Canada and England, as well as Nigeria and Ghana.
You hit it on the head. Juls hit me up after seeing the performance I did on COLORS and sent me some songs to work on. Those were probably the easiest songs that I’ve done because they’re just so natural. It feels like water, there’s no force to it. On a cultural and social standpoint, I just love bridge communities together from Ghana, Nigeria, Africa, and the Caribbean. There’s so many different flavors in there and bringing that into the spotlight is beautiful.

The End SARS movement, which aims to overthrow police brutality in Nigeria, is at its peak right now. What are your thoughts on Nigerian people, both stateside and abroad, coming together to fight this injustice?
I think this day is long overdue. Growing up in a Nigerian household, I’ve been hearing about the corruption in the government since I was a kid. It’s affected my family directly and indirectly in many ways. It’s one of those things where you live with it for so long, you think it’s normal until it becomes so pronounced where you’re like, “No, this is so wrong.” I think the Black Lives Matter movement really resonated with folks worldwide to take a stand for injustice in their backyards. I think this year has been an uprising where people are saying, “Nah, we’re not going to stand for being oppressed any longer.” I don’t think it’s going to stop until there’s true equity. So we just gotta keep fighting for them. Until the weakest link is liberated, we’re not liberated.

It is with a heavy heart that I’m releasing music today. My family back home in Nigeria are in pain and continuing to fight through decades of corruption and oppression. I want to take this opportunity to inform the global community of it. I stand with my brothers and sisters in solidarity. ELEMENTS is a project that shows the sounds and music that influence my mind and my artistry. I’ve always been against the idea of confining my art into a box, so this is my outlet to be free and expressive. I’ve got hiphop, rnb, soul, grime, afrobeats, on here because it’s what I love. This isn’t the album, this is like my “Dedication” series. I’m going to keep working with all my favorite producers and keep ELEMENTS alive for years to come. As long as I’m inspired in my career, ELEMENTS will be alive. For the fighters and people who want to see a better world. No need to fear. We need love and support for each other in times like this. Enjoy the work and be well. I’ll be sharing ways to support 🖤 #endsars #endpolicebrutality #endswat

On a lighter note, I want to talk about the song “Conquest.” I thought, “TOBi is getting a little sensual on us!” [Laughs] The line that stands out is: “Bondage never felt so good.”
Wow Bianca, I didn’t know I was going to get that one! [Laughs] Listen, you take it as it applies to you. In my experience, there’s room for that as long as it’s obviously consensual and in a safe manner. It’s just a part of the relationship dynamic.

“Shine” reflects on relationships with close friends and family. Have they shifted with this “new normal” that we’re dealing with?
That’s a great question. Because of the increased isolation we’ve found new ways to connect with each other via Zoom or FaceTime or voice notes. I’ve seen more importance in actually connecting with people, like catching up with friends that I haven’t spoken to in like a year just because we’re so busy. This has been a time to sit still, pick up the phone and actually check in. So there’s been a lot of that the last couple of months, which has truly been a great process. The people in my corner know it doesn’t matter if we haven’t linked up in eight months. When we do, it is love.

The last track on the EP, “Still Singing”, encapsulates that feeling of despite no matter what you’re going through, music will always keep you motivated.
I appreciate you saying that because the truth of the matter is, I learned how to sing without a vocal coach. I just started it because it [sparked] something inside of me. It gave me this warm feeling in my chest. I think music has made me a better person. It’s definitely made me appreciate life a lot more as I go on this journey as an artist and connect with people all over the globe every day. I love it so much. It’s my favorite thing to do, bar none.

It’s been almost a year since we had a formal sit-down interview. You’ve grown so much as an artist within that time span. What have you learned most about yourself?
Oh wow, now I’m like searching through the crevices to answer this one. What I’m going to say is not to overthink or force anything. I’ve learned that my intuition is so powerful. If I just tap into it, I don’t need to look left and right for answers. I just got to sit still and just let my intuition do the talking. Not only these songs, but in life.