The Most Influential Artists: #23 Kanye West 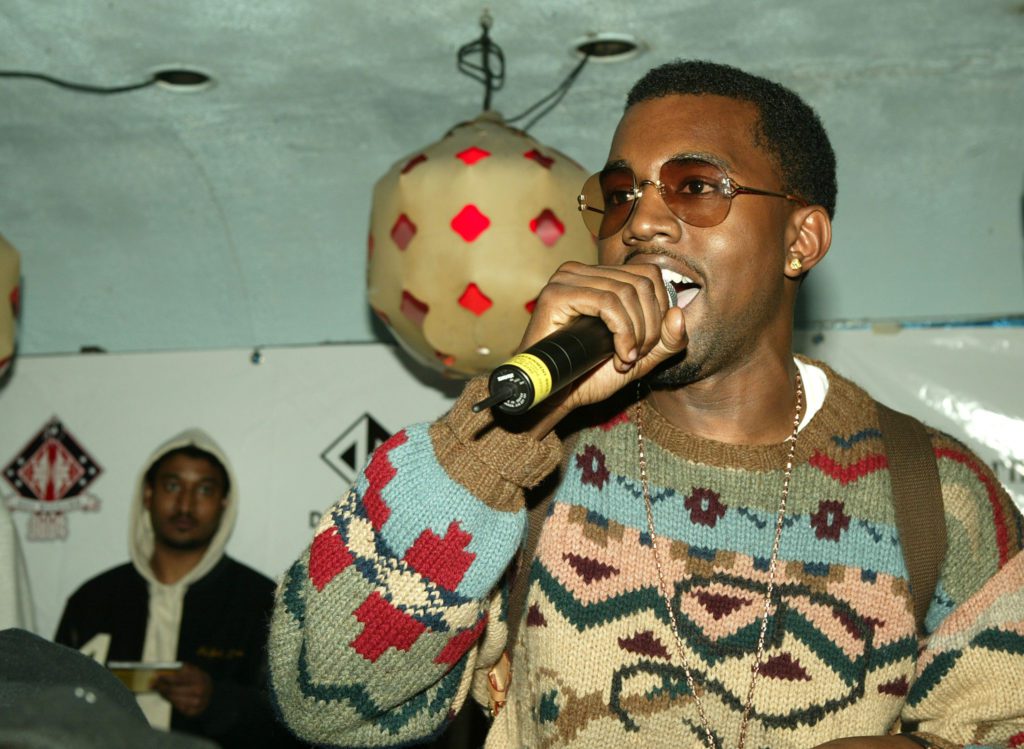 As part of our 35th-anniversary, we’re naming the most influential artists of the past 35 years. Today, we’re at #23. From Chicago, Illinois here is Kanye West. You can’t discuss the last two decades of rap without mentioning Kanye West. Navigating the club or listening to the radio, watching award shows or scrolling your timeline, it’s been impossible to ignore him. For the first decade after he got his Roc-a-Fella chain, he was untouchable. His talent and mounting accolades eclipsed his ego. West made thundering chipmunk soul and turned a spiritual crisis into a club record that spoke to the Black community in his hometown of Chicago and beyond (“Jesus Walks”).

Following a multi-platinum classic (College Dropout), he dropped a cinematic sophomore album (Late Registration) that yielded a chart-topping single about blood diamonds. For the first half of his career, Kanye brought politics back to pop music. No subject was too taboo. He mixed lust and religion, the sacred and profane. With a gift for synthesizing the most prominent and unseemly sides of American and pop culture, he penned turns of phrase as quotable as they were insightful. He’d found the lane between Mos Def and Mase and drove until the brakes fell off.

Then Kanye ditched the backpack and the Benz in favor of high-fashion and the “stadium music” of Graduation. Even though his narcissism knew no bounds, you couldn’t deny the power of anthemic tracks like “Stronger” and “Flashing Lights.” Equally important, his transparency, sincerity and conviction remained endearing. He made a vulnerable breakup album and explored auto-tune in ways rappers still reference. In 2010, My Beautiful Dark Twisted Fantasy was his most sonically avant-garde album yet, and it worked. He celebrated the success for several years (see Watch the Throne and Cruel Summer), and then he expanded his sound by stripping it bare with the abrasive, industrial Yeezus. The lyrics didn’t hit as hard, and the line between comedy and cringe became thin. There were still so many flashes of brilliance, but it was clear why he’d become the favorite rapper of frat boys with egos larger than their trust funds.

Sadly, so much of Kanye’s career post-Yeezus has been marred by music that pales in comparison to his earlier work. Hastily constructed/reworked albums and forgettable Wyoming listening parties signaled the end of his remarkable run. The brand outweighed the art. He designed some sneakers and reimagined Mugatu’s “Derelicte” campaign for the streetwear crowd. Nothing, however, sullied his musical legacy like his endorsement of Trump or his opinions on slavery. Whether it was the money or the fame or mental health, Kanye has become unhinged and out of touch, gone from progressive (mostly) to conservative (mostly). He went from the most captivating artist in pop music to someone many now ignore. People will talk about Kanye forever, but where do you begin?