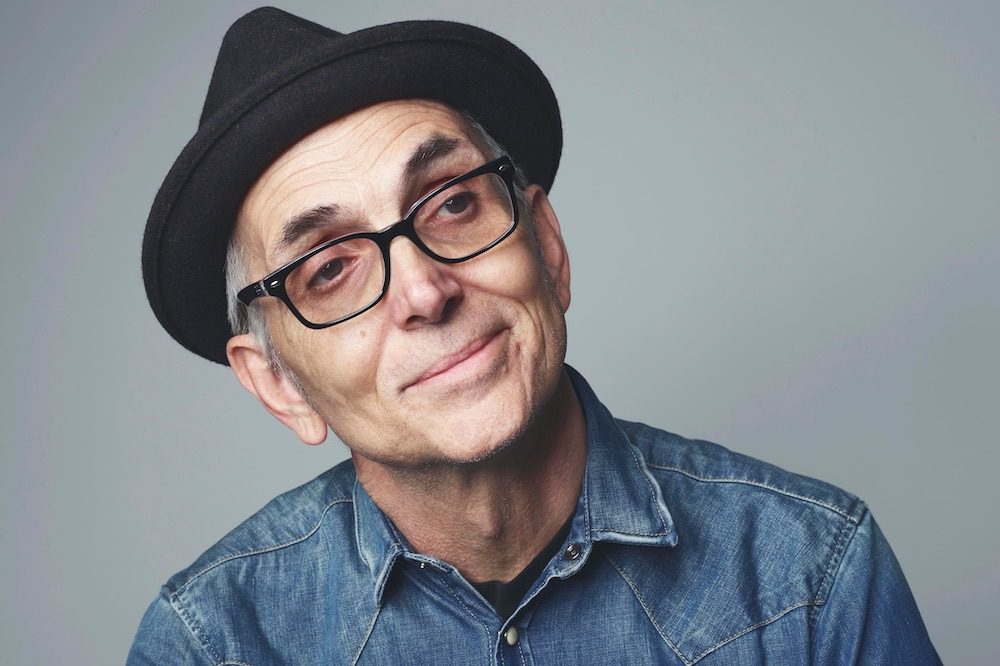 Art Alexakis may no longer still be living with your ghost, but he has been dealing with relapsing-remitting Multiple Sclerosis for the past few years.

Almost exactly 25 years after Everclear found mainstream success with their sophomore album, Sparkle and Fade, the veteran songwriter recently released one of the most personal of his career: the MS-inspired “The Hot Water Test” from his solo album that was released in October. The track from Sun Songs comes at a fitting time for Alexakis and the rest of the MS community due to the COVID-19 pandemic, as it’s a valuable reminder to people about the importance of social distancing — particularly for those dealing with other medical conditions, like an autoimmune disease.

The video has also helped draw some extra attention to the 58-year-old frontman’s first solo album. Even after over a decade-and-a-half as Everclear’s only original member (and primary creative force), putting out an album under his own name still brought a new level of both freedom and responsibility for Alexakis.

SPIN caught up with Alexakis to discuss the new video, life with MS during COVID-19 and finally going solo.

SPIN: Considering how many songs and videos you’ve done over the years, what was it like to put out a single about such a uniquely personal topic?
Art Alexakis: When I was making this record, I was coming to grips with talking about my MS diagnosis. I knew I was getting close to being public about it, but I didn’t know what that was going to entail or who would really care. I wrote this song and just wanted to be as honest and simple as possible and I think my songwriting on [Sun Songs] really cut a lot of the superfluous stuff out of it. I just wanted to communicate the emotion of feeling it and going through this stuff. When the song was done and people wanted it to be a single, I was like “Alright, well what do we want to do for the video? Do I want to make this all about me or do I want to make it more obtuse?” The idea of all of these people who have suffered through MS or autoimmune diseases singing these lyrics was really strong to me. It was so powerful working with these people and seeing these people, and it brought me gratitude in so many different ways.

With the current pandemic and everyone so focused on their health, what’s your take on dealing with COVID-19 as someone with a pre-existing condition?
It’s frightening. My whole family got sick in early or mid-December, and what we had sounds exactly like COVID-19. It was stereotypical all the way through it, and it lasted about six weeks through all of us. It was really, really rough through Christmas and everything. I was in Australia in February on tour and we saw it creeping in and out of China and Southeast Asia, and of course, I was just like, “We’re not going to let this come to the U.S.” because I was used to [President Barack] Obama. I didn’t think our government was going to be so inept. I didn’t see this coming like a lot of us, and I was afraid of it but I didn’t think it could be this bad. I hope I have some kind of immunity to it, but I don’t know. Every other day I start feeling some sort of weird temperature or fever or body aches or this or that, but I don’t know what it is. Maybe it’s just the MS or maybe it’s something else, but it always goes away and then comes back. I’m just glad to be here with my family and waiting this thing out like everybody else.

After almost 30 years with Everclear, how did it feel to branch out and put out a solo album for the first time?
The real difference was that on this record I didn’t have anyone else in the studio with me. It was just me and the engineer every day we were there. There’s a freedom to that because it’s like “Fuck, man. I could do anything I want and I’m not going to get any weird looks.” At the same time, I realized that I wasn’t going to get any feedback whatsoever. After years of working with other people in varying ways, this was the first time where I was just working by myself — and that was weird. I liked some aspects of it — and I liked the end result — but I don’t think I’ll do it again. If I do another solo record, I would do it with other musicians and try to do something really different. I enjoyed it, but I’m glad it’s over.

Once it’s safe to go out and live your life again, what’s on your radar to do musically?
I wasn’t interested in making any records anytime soon, but now it’s been over two months that I’ve been away from my band, and I miss it. I miss hanging out with my guys, playing rock and roll in front of people, meeting people, and that whole thing. This has made me — and I think everybody — so grateful for the life I had before.