Enough Of The Rumors: Masked Singer RMR Clears The Air 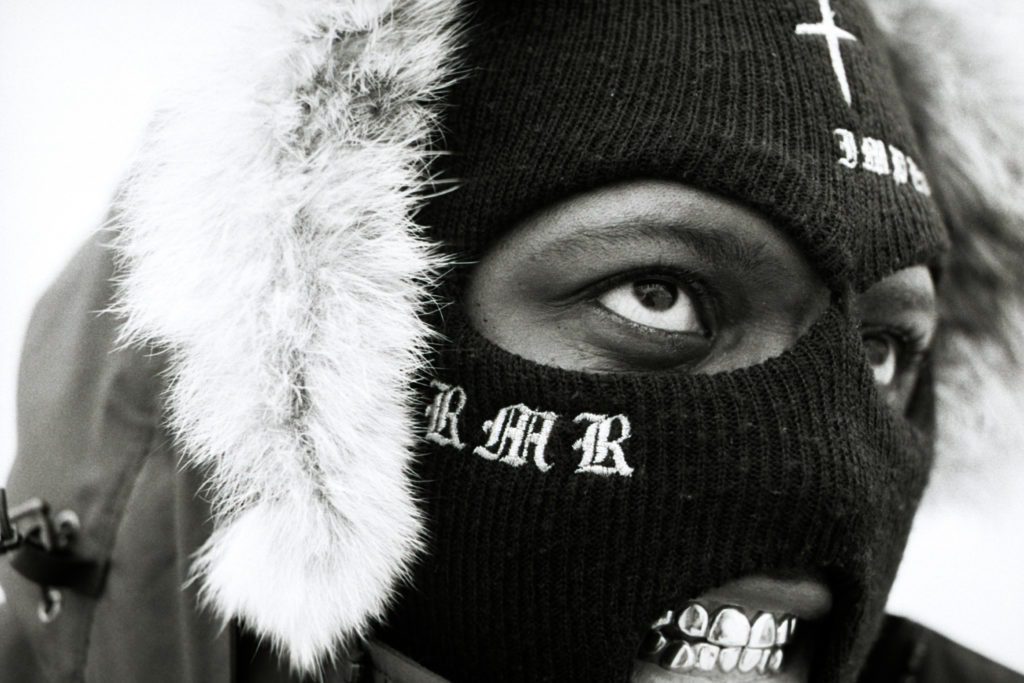 When RMR first popped off in late February — with an eccentric Rascal Flatts rendition complete with “fuck 12″ adlibs, a stitched-up ski mask and a Saint Laurent bullet-proof vest to match — his overnight success almost never made it to the morning. Within days, hours even, the original upload of “Rascal” was removed from YouTube just as quickly as it went viral.

RMR (pronounced “rumor”) doesn’t say who exactly was the culprit here who got it taken down or really anything else about his life for that matter. The always-masked singer, who prefers anonymity outside of his inner circle (including his given name), even on a Zoom call. Instead, he gives a shoulder shrug and a cheeky gold-grill-revealing smile. Whoever tried to rid YouTube of “Rascal” and prevent his track from taking off was clearly unsuccessful.

“It was amazing because it was so un-orchestrated,” RMR says of his debut single. “It was but it wasn’t. It grew legs by itself and it started moving. There was a — I don’t like to say cult following — but there was a minute number of people who were really behind it. It was amazing that it [then] grew legs of its own.”

A few weeks after “Rascal” enveloped country music like a balaclava, face masks became commonplace with a pandemic consuming our everyday lives. RMR agrees that, during a pandemic, everyone can be as anonymous as he is. “When I’m not wearing this, I’m wearing other masks, you feel me? It kind of strikes me as post-apocalyptic even… Or even pre-apocalyptic.”

But he didn’t allow stay-at-home orders to mask his sudden rise, just as he refuses to create within the confines of genre, country and trap included. Even though his follow-up single “Dealer” boasts a remix with Lil Baby and Future, RMR doesn’t consider himself a hip-hop artist, either.

On Friday (June 12), RMR dropped his first EP, Drug Dealing Is a Lost Art. In eight tracks, the project masters the art of genre exposure, offering his country fans some hip-hop and also treating his hip-hop fans to some shit they’ve never heard before.

“The world right now is distressed,” RMR says. “America is in a weird spot right now, there’s so many differences between so many people. So with my records, each track is so different from the last one… Then they can start tuning into different types of music and that different type of music maybe brings them to a different lifestyle, an alternative lifestyle or whatever, and then they start broadening their horizons.”

Two weeks ago, during some of the first protests in Los Angeles following the killing of George Floyd at the hands of Minneapolis police, the masked singer, and his crew took a jet to “ground zero.” RMR posted a photo on Twitter where he’s standing in front of armed soldiers.

“It was very important to tap into and feel that energy, to feel that hurt, to feel some happiness because they know that justice will be served… to feel all those emotions in that one place on ground zero,” he says.

As he continues the fight on the front lines and as he shares his first project remotely, RMR wants to make sure his mission statement is heard: He’s here to expand your consciousness. Music is just the first step.

Of what he hopes to offer his multiplying fanbase, “I keep preaching that,” RMR says, “You’re gonna grow when you’re around me. There’s layers, there’s layers.”