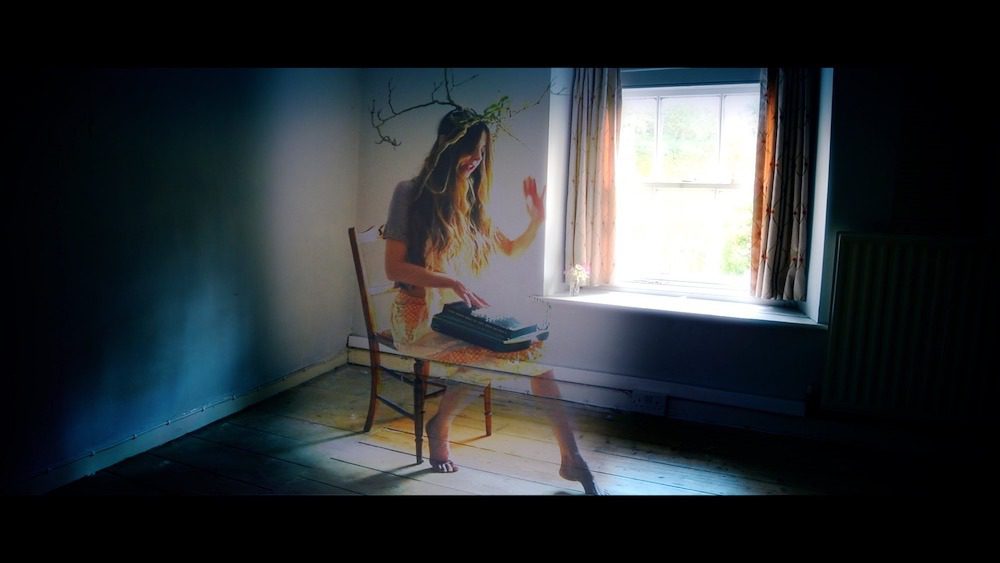 Any port in a storm? Not exactly, argues former Daisy Chainsaw/Ruby Throat — and now Liar, Flower — frontwoman Katie Jane Garside, who not only grew up at sea with her sister and sloop-loving parents but recently returned from a four-year, often danger-fraught voyage around the world with her significant other and musical partner Chris Whittingham and their eight-year-old daughter Leilani.

In their trusty, storm-battered sailboat Iona, the family traveled from Falmouth through the Canary, Galapagos, and the Marquesas Islands before heading down to New Zealand, Australia, Mauritius, South Africa, and the Azores. And choosing the proper port was of paramount importance.

It could be a life-or-death decision.

“You aim for more forgotten, less frequented moorings, so we would anchor as far from the madding crowd as we could so that we were away from noise and sound and traffic and lights and pollution,” Garside says. “And away from all the insects, like flying cockroaches and various mosquitoes with different diseases that we didn’t want to catch, which we DID eventually catch. You also get more breezes that way, more wind coming into your hatches, because it’s often just relentlessly hot out there.”

In fact, the couple only came ashore long enough to record Geiger Counter, their One Little Indian-released debut under the Liar, Flower moniker, and now, again, to promote it. The family is currently sheltering in place in a small English village, with the Iona docked, stocked and locked at a nearby wharf.

It’s a mature, yet invigorating update of Garside’s classic sound, which first coalesced in 1989 when she joined Daisy Chainsaw, put on feral shows that were almost performance art, logged a hit with the stomping single “Love Your Money,” but departed the band shortly after its 1992 debut disc Eleventeen. She delved into photography and film, and reunited with Daisy guitarist Crispin Gray in 1999 for Queen Adreena. Things went acoustic in 2007 with Ruby Throat, her project with Whittingham, of which Liar, Flower is a more adventurous outgrowth.

“I make music and I believe it finds its audience,” Garside says. “We’re a small tribe, but I believe it’s for them. And that’s what I tell myself to justify what I do, and to back up my choices.”

SPIN: You hit a whale, hit a gale, had all sorts of adventures on the open seas.
Katie Jane Garside: Well, there was a lot of those. But the most striking thing about it was the sense of no time. Because out there, there are just no reference points, nothing to suggest that you’re in any particular epoch of time. But I never felt any evil. I got scared a few times…no, a LOT of times, actually. My preoccupation was this idea that I felt this realness amplified by the clouds, so there was nowhere to hide. I just felt so exposed, and therefore I got quite fixated on the idea of pirates. And — along with the fact that no one could ever hear you scream out there — it was that exposure thing, the fear of being picked off. When I was a kid and we sailed ‘round the world, it was a similar thing — I got fixated on a star, and I was sure it was coming closer every night, and that it had us on its radar screen and it was making an approach. So the mind has time to wander in that vast space. But we did hit — or were hit by — a huge humpback whale about 700 miles off the Galapagos Islands, on our way to the Marquesas. I don’t know if the whale intentionally hit us, but she came up, breached, rolled under us and came up behind us.

But the gale was off the coast of Portugal?
That was shocking. Chris still holds that those were the biggest seas that we ever saw, and he was on the helm for 24 hours straight. So we saw things like that more times than I care to remember, but we survived to tell the tale. One time we hit a storm off of Madagascar, but by then we were three years in and we’d seen a lot of things. But we knew that this storm was going to be really big because we’d heard on the radio of boats going down ahead of us, or their crews had to be taken off by a tanker. But all of our systems broke as we were waiting for that storm, and we had no self-steering, no autopilot, things that you really need, so we had to hand-steer through it. And the worst bit — like with most things in life — was the waiting, when you know something’s coming. Then once it hit, you’re back in the present moment. Psychologically, you were already prepared for sheltering in place, though, right?
Isolation? Yeah. So we’re very fortunate — it has a very limited impact on us. The person in our lot that it has the most impact on is sweet Leilani because she doesn’t get to see her friends. But for the other three of us that are in the house, life goes on pretty much the same. Chris’s son Dylan, who’s 18 now, has had to come back from university, so he’s here waiting, and planning to go to Bristol in July. So we’ll see how it unfolds. And Leilani will be nine very soon. And our boat is nearby, but we can’t get on her at the moment. But our trip is definitely not over.

You have a song called “Blood Berries” — is it about knowing which wild berries are safe for consumption?
I’m talking about the red berries that you get on the trees here in England that the birds can eat but humans can’t. And I’m not up on all of my scavenging skills. But I know what fish not to eat — I’m very cautious about anything off a reef, which can give you a horrible form of nerve poisoning. And I eat nettles and wild fennel and wild garlic, but that’s about it. We make a wild garlic pesto that’s pretty cool.

In “Hole in My Hand,” you sing about building a ship with “solar rock.” Are you into solar power?
That just came out. But yeah, we do have solar power on the ship, but we want to be even more self-sufficient, actually. We need more solar panels, and we don’t have a wind generator, so we’ll get that on our next leg. And if you buy lithium batteries, you can store a lot of that power, so we’re headed in that direction. But we do still run a diesel engine, so the next step is running an electric engine, and getting those lithium batteries.

It’s been over 100 days since Brexit kicked in. And now it seems like most Brits have forgotten about it in the wake of this more urgent pandemic.
Take this as you will, but for me, personally, I’ve done a news blackout, because I’ve been very conscious of not getting caught up in the virus’ fear. Being what I am — I kind of see myself as an open system — I don’t want to take on that fear, because I have a child to look after. So I’ve done a news blackout. But my partner Chris is a news addict, so I get told what I need to know.

You often talk about magic. Do you practice any white witchcraft?
I’m a meditator. I have my stories, and I have my narrative, and I’m happy with that. And I’m happy to share it, although I don’t expect everyone to buy into it. But I think that there’s power in stories, so I talk to my people and I take directives from them, and they change shape quite a lot. But I give myself over to them, particularly in creating my own narrative through my music. So I’m not a witch of any Wiccan tradition – I’m freestyle.