Blame timing. Almost a year to the day after Korn’s self-titled debut landed on record store shelves, the Madonna-discovered Deftones issued their maiden studio set, Adrenaline, on the Material Girl’s Maverick Records label. Critics lumped the Sacramento-based avant-metal quartet in with the tracksuit-sporting boys from Bakersfield — which, in retrospect, was sort of like comparing the Spin Doctors to Radiohead.

While Korn’s music has always deservedly been tagged nü-metal, Deftones did what they could to distance themselves from it. It would soon become clear that Deftones were something else entirely: bold, experimental, often spellbinding, and rarely consistent with the trendy trappings of nü-metal.

On June 20, 2000, with their peers rapidly losing relevance, Deftones unleashed their third and most daring studio album, and finally distinguished themselves from the scratch-happy malcontents they had been affiliated with. The late Chi Cheng’s pulsing bass lines, Abe Cunningham’s complex, punchy drumming, Stephen Carpenter’s driving dissonance, and the subtle, indispensable contributions of keyboardist and turntablist Frank Delgado all contribute to the atmosphere that the alternately sultry and sinister Chino Moreno thrives in. Many believe that White Pony is one of the most important releases of the last 20 years, and it’s not hard to see why.

With an appearance from the late Scott Weiland on the dark, hypnotic ballad “℞ Queen,” a chills-inducing duet with Tool’s Maynard James Keenan in “Passenger,” and the haunting wails of late actress Rodleen Getsic on “Knife Prty,” White Pony is a moody masterpiece that brought unexpected collaborators into the Deftones’ unique world, and more fans than ever before. Longtime admirers were stunned and delighted with risks like the ambient R&B of “Digital Bath” and the trip-hoppy “Teenager,” reflected that their fixation with, say, covering Sade’s “No Ordinary Love,” was not a joke. This is the LP that would come to define them, cemented by their most recognizable radio hit, the downright creepy “Change (In the House of Flies).”

To commemorate White Pony’s 20th anniversary, SPIN reached out to several well-known Deftones devotees and friends of the band for their insight and perspective on how pivotal White Pony has been to the heavy music that would follow. I heard the first album, Adrenaline, from a friend when I was in high school; he bought the CD. I liked that album, but I liked Around the Fur even more. I think everyone who was following what the band was doing was really excited to see what would come next. Deftones just has such a unique sound and aesthetic, and White Pony was the album that took such a big step up in terms of communicating who the band was.

Chino’s sense of eerie and unconventional melody, the band’s technical chops, and the engineering and production all felt really innovative and fresh when it came together. Nobody was making anything that sounded like that, and when people did, you could tell they were inspired by Deftones.

We wouldn’t have written a song like “A Place for My Head” if not for them. There was a bounce to their music that reminded me of my favorite hip-hop songs. And even though the guitars were super heavy, oftentimes they felt smooth like a keyboard, as if the distortion had flattened it so much it was just a wash of chords.

White Pony was one of the few albums I was into where I barely knew any of the words. They felt like estimations of lyrics, to me — really abstract and intuitive. I probably still think some of the lyrics say things they don’t say. But isn’t that the beauty of music? A listener’s experience with it can be such an integral part of the song, that it takes over the song’s actual intention or meaning. 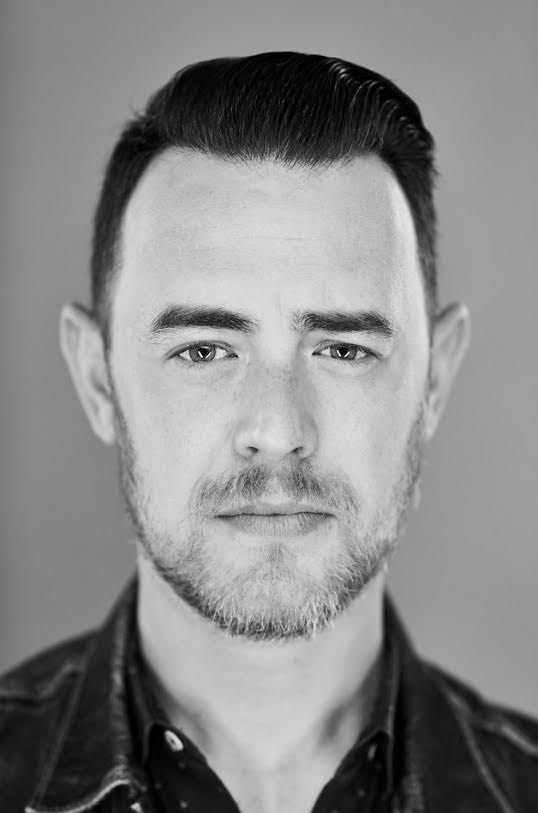 As a Sacramento kid, who grew up there, I had played in a band in high school and I would sort of hang around a lot of the music shops and stuff. There was this one particular music shop that I hung out at that was close to where I lived, and Chris [Robyn], the drummer for Far, he worked there, and so he was sort of one of the guys I talked to a lot about what was going on in Sacramento at the time, as well as just pretty much anyone else I knew who was sort of involved in music or big in the scene there. So, Deftones, they were the band that everyone felt like, “Oh, it’s definitely going to happen for them.” There was a feeling around them that, yeah, they’re going to go forward and represent Sacramento and what was going on at the time. Then they got signed to Maverick, which was just an unknown label that was just starting out. There was definitely this movement behind them early on, so by the time Adrenaline came out, it was like, “Yes, okay, they’re going out and sort of gonna be a thing.” And then, by the time White Pony comes out, it’s kind of mind-boggling, the leap that they made.

I’m consistently amazed at how much they have grown and evolved and really truly become real artists. The irony is, they always were. But when you’re young and music is the most important thing to you, you’re not necessarily thinking about it those terms. With White Pony, I was like, “Oh, this is possible now.” And there were a lot of bands that were dabbling in that similar sort of vein, adding synths and sounds and all that sort of stuff. None of that was necessarily new, but I did feel that the combination of that sort of — whatever you wanna call it: industrial, hardcore … there were so many different words being thrown around at that time. The fact that they were able to take all of that and combine it with a sound that was very definitively theirs, it was amazing.

Their sound was fucking huge and massive, but it almost had this lo-fi component to it, and it felt that way on their first record. They were doing something sonically that was very, very different from anything else anyone was doing. I think Far was kind of like that, to a degree. By the time they get to White Pony, there are those other bands, adding those additional sounds, but there was just something about what I like to call that lo-fi metal thing Deftones were doing that was grainier. I could feel it more, because it wasn’t so polished, and obviously the vocals are certainly some of the most unique in music. There’s atmospheric levels to it, and then it comes from a passion as opposed to just some sort of guttural noise.

They really let out a much more artistic and almost feminine quality to what it was they were doing, which automatically made it different from everybody else. Chino, the way he would harmonize and the way that his vocals were laid into all of this huge canyon of music. The way his vocals came down and existed within all that was so different from all of that other stuff that it really set it apart in its own section of the sandbox. I was a massive Deftones fan. Adrenaline came out when I was 13 or 14, immediately became my favorite record, and they became my favorite band. I saw them in the April of ‘96, and, you know, a lot of people who end up making records, either for a living or just obsessively, they have one of those transformative moments or experiences in their life, and when I left that show, I knew that I was going to make records forever or die trying. They changed my life right off the bat.

They didn’t create that “heavy/soft” sound in rock, but nobody really put it all together quite like Deftones did, and do still, of course. Just the lush, the harsh… the dynamics on White Pony were incredible. It was really melancholy, dissonant, and beautiful. For me, White Pony is the moment they went from being a really great heavy band to being just a great band, period. It makes them legends in my book. The way they string together these disparate elements is uniquely Deftones — really dissonant, full of blue notes. It’s never sentimental, and always a bit menacing. I still listen to it to this day. “Knife Prty,” for my money, is one of the top three songs in the Deftones catalog. They still spit out incredible tracks; every album has at least a handful of jams that go into rotation.

Poison the Well spent a month opening for them in 2003. At that point, it was one of the most incredible experiences of my life. I didn’t miss one of their sets. One of the other bands on the tour was Denali, and I had a huge crush on the singer coming into the tour, Maura Davis. We ended up dating on that tour, and would watch the set together almost every night, and I remember thinking there’s no way life’s gonna get any better than that. I was 20 or 21, so, I’ve obviously had a lot of incredible experiences since then, but it felt like the top of the mountain. White Pony wasn’t something I was looking for. I was broadsided. I just happened to be working at Zia Record Exchange in Tucson, Arizona, in 2000, and I took the job because I was re-opening a record store that my friend had downtown, and I was doing research, to see what to stock my store with. One of the kids I worked with, he would play White Pony every day, and as soon as it would come in used, it would fly out. So, I was like, “What is this?” And man, I had never heard music liked that — straight up. My experience is very urban, as they would say — a very black American experience: My parents were into R&B and hip-hop. Not even really jazz. Chino’s voice, man, and the music … I fell in love, man.

That album, just from the beginning … it’s the music, it’s the voice, even the album cover. I don’t know who these people are, I don’t know what they look like. That had me looking in Kerrang! and all these strange metal publications, trying to find out, “Who is this?” To this day, I buy every Deftones record. I don’t care. I’m aware of metal, I’m aware of Slayer and Metallica, and Black Sabbath. I know they exist, but, I’m a fan of Deftones. Their music just aligns with my soul, and especially that album. It’s a classic… I would say top 10, at least, any genre of the past 50 years.

I love “Elite,” “Knife Prty,” “Teenager.” I think the next three or four records were great, but there’s something about White Pony. I heard something, and I found myself going home from work, singing it, so I finally asked the dude I worked with, “Who is this band?” “Oh, that’s the Deftones.” “Cool. I need to buy it.” I have bought that album I don’t know how many times. When I saw them live, I was skeptical, because I was like, “Can he sound like that?” Like, how does your voice go from so beautiful to so harsh. There are no effects, no pedals … you are doing this for months out of the year. He also doesn’t look like a frontman. You look at him, and it’s like, “How the fuck did that come out of that guy?” He’s amazing, and the music just accompanies it.

White Pony is the genesis, it set it off for a kid who, to this day, I don’t think I have another musical experience like that where, something from another genre grabbed hold of me. White Pony literally spoke to my soul.

Alessandro Costa Shares ‘This Is How I Live’