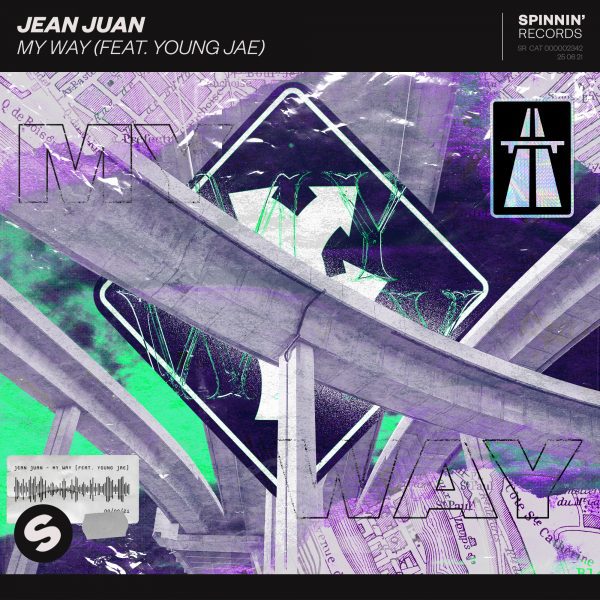 Up-and-coming DJ/producer Jean Juan has successfully reworked a recent hip hop classic into a mesmerizing piece of deep house. Featuring the vocals of hip hop artist Young Jae, ‘My Way’ brings the enticing vocal lines of Fetty Wap’s eponymous 2015 hit tune as well as delicate electronic rhythms, perfectly bridging the gap between both genres, taking the song straight back to the dancefloor again.

DJ, songwriter, and Soave Records label head Jean Juan spent his early years spinning and curating music before dedicating more time to making it himself, urged by the many artists he worked with.

Nicknamed Jean by one half and Juan by the other half of his friends, the two meters tall Dutchman saw early viral success in 2020 with ‘Don’t Forget Me’ in Russia, being aired on the radio over 100,000 times. Follow-up ‘Sauce’ hit the German Shazam and Spotify charts, racking up 15 million plays after being picked up by Spinnin’ Records halfway the year.

As ’Sauce’ included vocal lines of US rapper XXXTENTACION’s same-named 2019 song, reworked by Young Jae, and packed into a tasty dance groove, ‘My Way’ can easily be considered a follow-up to that widely acclaimed release.

Again, Jean Juan has searched the efforts of rapper Young Jae, this time taking on the vocal lines of Fetty Wap’s seminal 2015 hit song ‘My Way’. These are enhanced by the subtle, jumpy melody before a warm deep house rhythm gets things moving in another direction. While the chorus vocals keep returning in an addictive loop, the record receives more and more energy thanks to a sweet bassline and catchy percussion.

The result is a powerful blend of fresh hip hop vocals and contemporary dance music, using elements from classic house sounds as well as inventive production techniques. Jean Juan has definitely found a niche sound for himself, and it’s proving to be both successful as it is exciting – better make him go ‘My Way’.

“In ‘My Way’ I’ve tried to blend US hip-hop with a more European slap/deep house vibe. I hope audiences from both sides of the musical spectrum appreciate this and can vibe alongside each other. Shout out to Fetty Wap for being an inspiration by always breaking boundaries!” – Jean JuanAdvertisement. Scroll to continue reading.