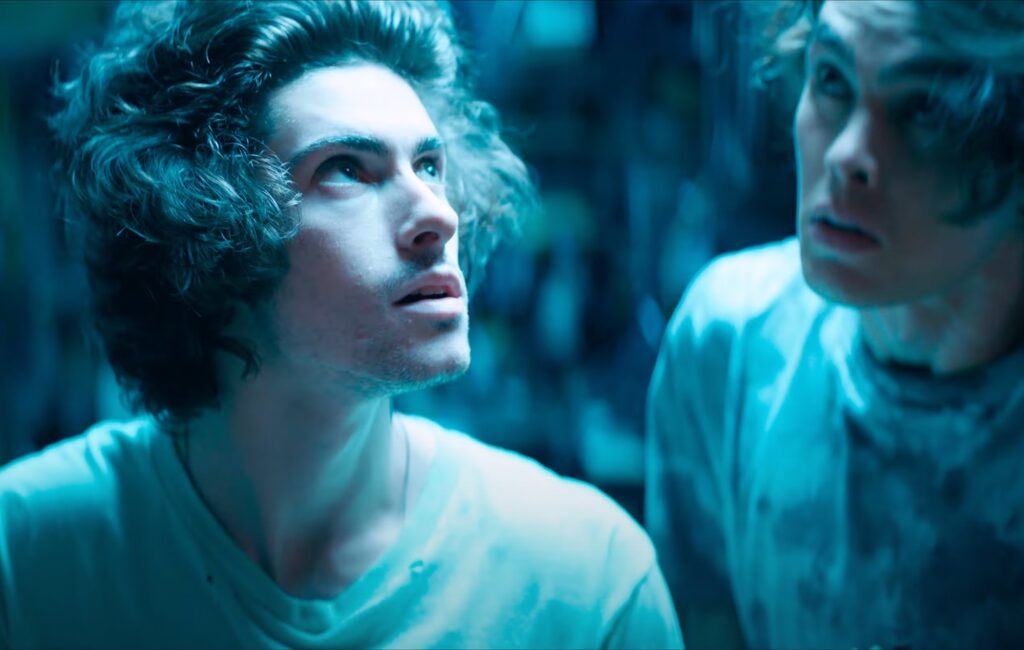 Tom DeLonge is set to release his directorial debut, Monsters Of California, later this year – and while he’s yet to lock down a release date, he today shared the first glimpse of its sci-fi insanity with an official trailer.

Per the film’s synopsis, Monsters Of California follows the mind-bending exploits of Dallas Edwards, who, flanked by an ensemble of similarly dorky, sex- and drug-loving teenagers, “attempt[s] to unearth answers to a series of mysterious, paranormal events happening around Southern California”.

“As they peel back the layers on this onion of the unexplainable,” the logline continues, “they unravel the extraordinary secrets held within the deepest levels of the Government.”

Check the trailer out below:

The film comes via DeLonge’s own multimedia empire, To The Stars, which the ex-Blink-182 and current Angels & Airwaves leader founded as a record label in 2015. He co-wrote it with Ian Miller, produced it alongside Stan Spry and Eric Woods, and directed it solo.

In a statement shared with the trailer (per Collider), DeLonge said: “Anyone who knows me, or follows me on social media, knows I’m no stranger to the paranormal, which is why directing Monsters Of California was a no-brainer. The film takes my fascination with the unexplained, combines it with the skate culture I grew up a part of, and tosses in my ridiculous sense of humour that millions got to witness during my Blink-182 days.

“In recent years, I’ve had the good fortune of helping the Government remember how much they care about UFOs through the work we do at To The Stars, and it’s that experience which helped inspire this movie. I can’t wait for audiences to see the fucked up fun adventure these kids go on.”

“I’ve been a fan of Tom as an artist since I was in college,” added Spry. Blink-182, Boxcar Racer, and Angels & Airwaves are parts of the soundtrack of my life. Working with him on Monsters Of California has been the most fun, and creatively fulfilling project I’ve had the good fortune to be involved in. I’m beyond excited for the world to get to see what he has created.”

Last July saw DeLonge open up about Monsters Of California with NME. At the time, he described it as a “coming of age film with dick jokes”, and said his venture into filmmaking was “the beginning of the mainstream version of what I wanted to do”. He cited the work of John Hughes as an inspiration for the film, and also described it as what would happen “if Spielberg went back and made an R-rated indie paranormal film.”

In the music world, DeLonge’s most recent effort was the sixth full-lengther from Angels & Airwaves, ‘Lifeforms’. Landing last September via Rise, the record was plugged by four singles: ‘Euphoria’, ‘Restless Souls’, ‘Losing My Mind’ and ‘Spellbound’.