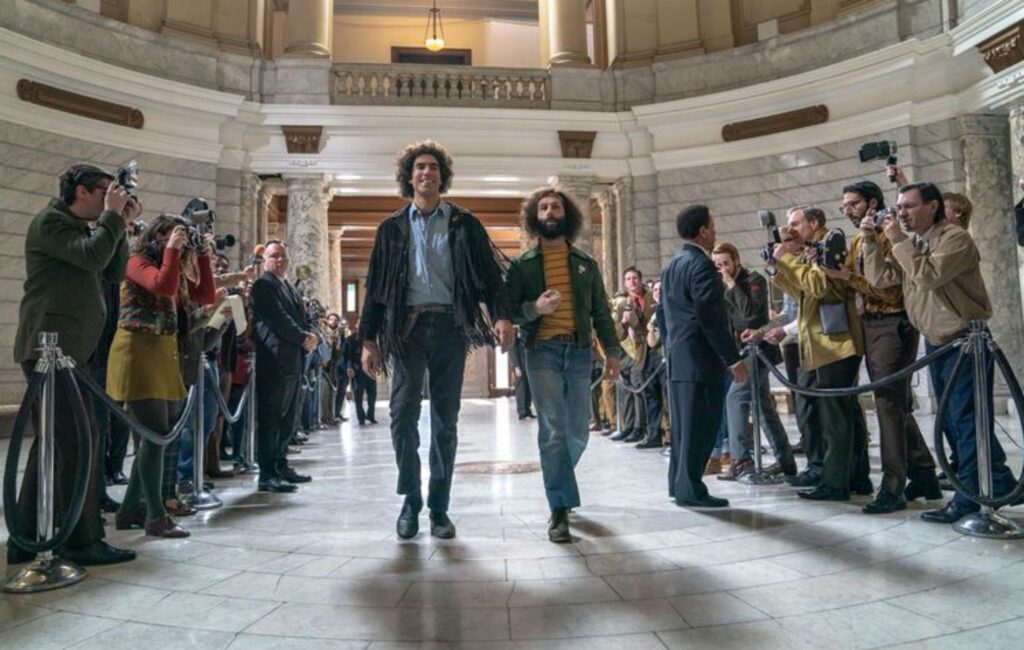 The first trailer has arrived for Netflix’s The Trial of the Chicago 7, offering a thrilling look at one of the most infamous trials in American history.

Directed by The West Wing‘s Aaron Sorkin, the courtroom drama tells the story of seven anti-war activists who stood accused of conspiring to incite a riot during the 1968 Democratic National Convention in Chicago.

The trial was set to include eight defendants until Black Panther Party co-founder Bobby Seale had his trial separated from the rest of the group.

In the first trailer, Sacha Baron Cohen appears as Abbie Hoffman, who became a defining face of the anti-war movement in the late 1960s.

The trailer also offers a brief look at the riots that led to the eventual trial – with Cohen joined by an all-star cast that includes the likes of Eddie Redmayne as Hoffman’s co-defendant Tom Hayden, Yahya Abdul-Mateen II as Bobby Seale and Jeremy Strong as Jerry Rubin.

The trailer comes ahead of the film’s arrival on Netflix on October 16.

Last week, it was also claimed that Baron-Cohen has secretly wrapped filming on a sequel to Borat.