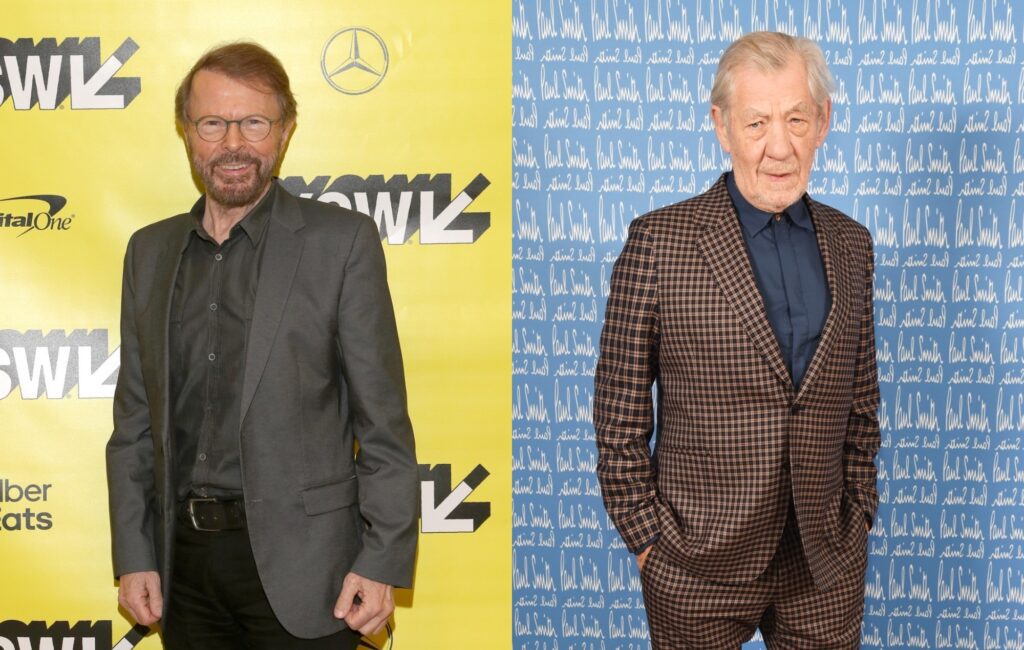 As the camera pans out, the duo are shown to be sat under a massive ABBA banner, before the closing text reads: “Merry Christmas from ABBA and Ian McKellen.”

Another commenter wrote: “ABBA and Ian McKellen, together, knitting, was not my card for the 2021 holiday season. But I’ll happily take it. Well done!”

The clip follows the release of ABBA’s new album ‘Voyage’, the first new material to be released by the band in 40 years.

In NME’s three-star review, the album is described as a “nostalgia trip worth taking” even with “some bumpy moments along the way”.

“They have made an album that sounds reassuringly like ABBA, albeit a more sedate ABBA than you probably remember,” the review reads.

“The disco-tinged single ‘Don’t Shut Me Down’ and a galloping banger called ‘No Doubt About It’ take the album into reasonably upbeat territory, but nothing here will fill dance floors like ‘Voulez Vous’ or ‘Gimme! Gimme! Gimme! (A Man After Midnight)’.”

The album hit Number One in the UK charts earlier this month and became the fastest-selling of 2021, shifting more than 204,000 sales.