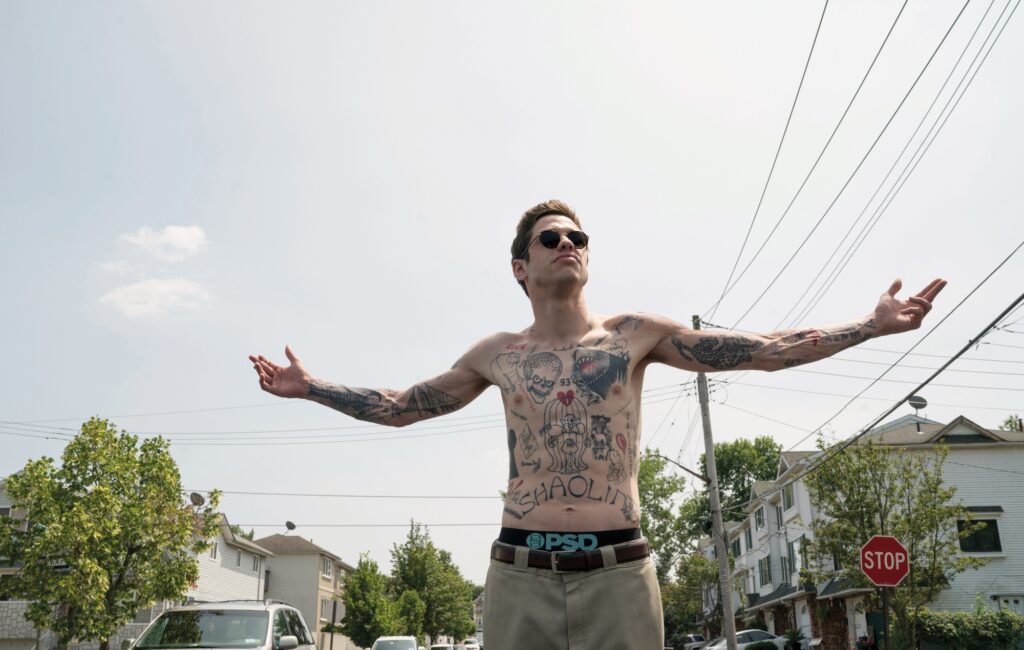 The first trailer for Pete Davidson’s semi-autobiographical comedy The King Of Staten Island has been released.

The movie, which will be released for home rental on June 12, was co-written by Davidson, Judd Apatow and Dave Sirus, and produced and directed by Apatow.

The King Of Staten Island follows Scott (played by Davidson), whose firefighter dad died when he was seven-years-old. The film sees his dreams of becoming a tattoo artist quickly fading while he’s still living with his mum (Marisa Tomei). “Don’t worry mum, I know your daughter got smart and went to college and abandoned us, but I’m still here,” he tells her as his sister (Maude Apatow) is seen leaving for university. “I’m gonna be here forever.”

Davidson’s father Scott was a firefighter who died in the September 11 terrorist attacks. Like his character in the movie, the SNL star still lives at home with his mum and has spoken in interviews and in his comedy sets about the amount of weed he smokes.

Last month (April 11), Davidson performed a satirical song in the style of Drake on SNL’s first ‘At Home’ episode. The special edition of the show was the first to be produced in isolation during the coronavirus pandemic.

The comedian also shared another track called ‘Andre 2000’, in which he mocked rappers who flaunt their riches in music videos. “I’m a new young rapper on the block, about $2000 is all I got/I put it in the video in every shot,” Davidson rapped on the song.