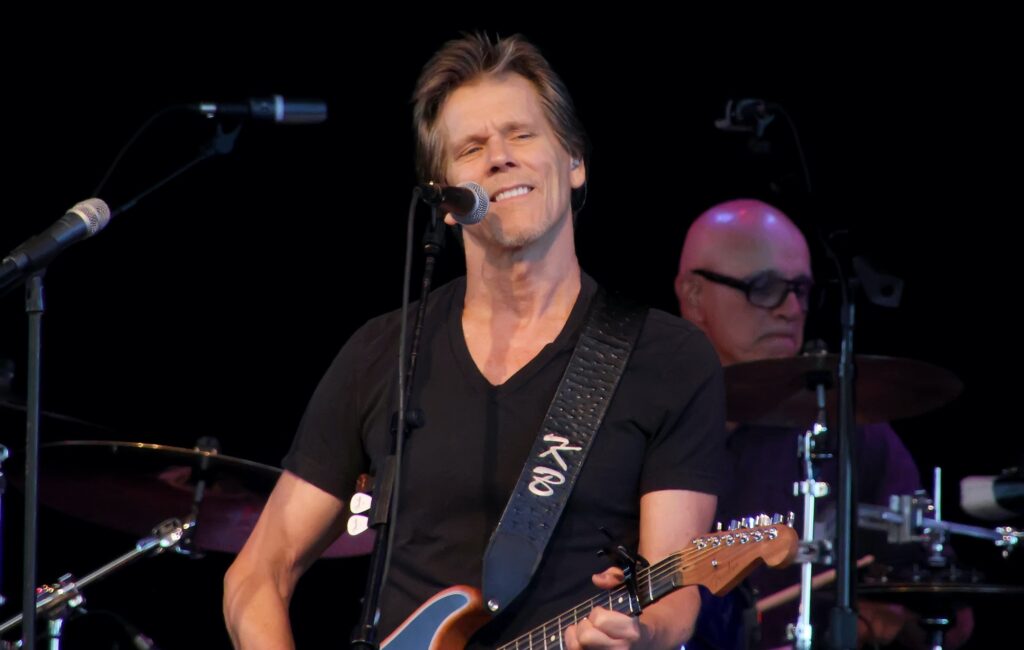 Kevin Bacon has covered the viral TikTok song ‘It’s Corn’ – check out the video below.

Last month, a child called Tariq gained social media fame after a clip emerged of him talking about his love for corn. “I can’t imagine a more beautiful thing,” he says of his favourite snack in the clip, which has since racked up over 2.6million views on YouTube.

The kid’s wholesome interview with Recess Therapy was later transformed into a musical mash-up by the Gregory Brothers, who are responsible for some of the biggest viral tunes of the past 10 years or so – including ‘Double Rainbow Song’.

As NPR reports, the three-minute ‘It’s Corn’ has been used in more than 400,000 TikTok clips since its release. Now, actor and musician Bacon has posted an acoustic cover of the corn-loving track on his own TikTok profile.

In the sun-kissed clip, the Footloose star sings ‘It’s Corn’ next to the ocean while playing his guitar with the help of a corn on the cob. He ends the video by taking a bite out of the titular vegetable.

Bacon’s interpretation of the song has registered over 1.2millions plays on TikTok at the time of writing. “I can’t imagine a more beautiful thing,” he captioned the post. You can watch the brief performance below.

The actor has shared numerous acoustic covers of songs via TikTok, including Beyoncé‘s ‘Renaissance’ cut ‘Heated’, which he recently sang to his pet goats. “Hot day, hot song,” Bacon wrote alongside that upload. “The goats and I are feeling Heated, @beyonce. Loving this track.”

Speaking to NPR, the Gregory Brothers explained why they think the group are able to keep achieving such levels on online success.

“I think our videos are really about finding amazing moments on the Internet and celebrating them and amplifying them,” said Andrew Gregory. “They’re about highlighting other people’s interviews, original words. And I think that is what has given our videos staying power.”

Kevin Bacon performs in the music duo The Bacon Brothers alongside his older brother Michael. You can find more information about the band here.