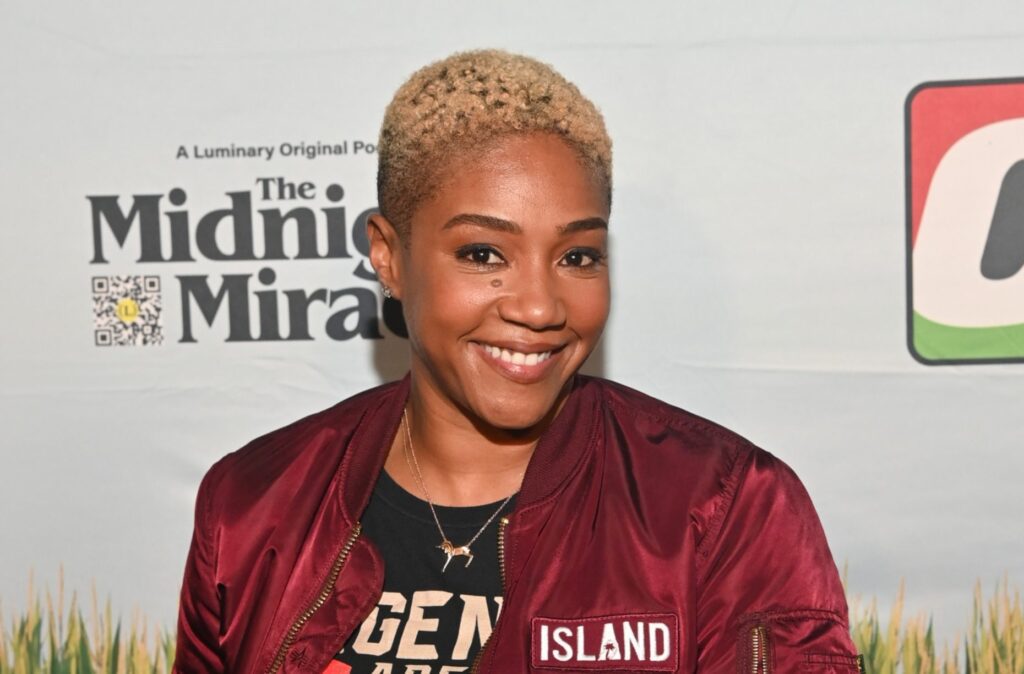 Tiffany Haddish has spoken out for the first time since being accused of child sex abuse.

In a lawsuit filed at the Los Angeles Superior Court on 30 August, a 22-year-old woman – using the pseudonym Jane Doe – alleged that Haddish and fellow comedian Aries Spears forced her and her 15-year-old brother to perform inappropriate acts on camera when they were both children.

In an Instagram post shared on Monday (September 5), Haddish addressed the allegations, writing to her fans: “I know people have a bunch of questions. I get it. I’m right there with you.

“Unfortunately, because there is an ongoing legal case, there’s very little that I can say right now.”

Following the lawsuit, both Haddish and Spears came under fire for a 2013 comedy sketch entitled ‘Through A Pedophile’s Eyes‘, which was reportedly uploaded to the website Funny or Die before being removed.

The actor-comedian has now stated that she “deeply regrets” appearing in the sketch, and that it “wasn’t funny at all”.

“Clearly, while this sketch was intended to be comedic, it wasn’t funny at all — and I deeply regret having agreed to act in it. I really look forward to being able to share a lot more about this situation as soon as I can,” her post concluded.

In a statement to The Daily Beast, a representative for Funny or Die said that the website “found this video absolutely disgusting and would never produce such content”.

“We were not involved with the conceptualisation, development, funding, or production of this video. It was uploaded to the site as user-generated content and was removed in 2018 immediately after becoming aware of its existence.”

In a statement given to The Los Angeles Times, Spears’ attorney said that the comedian “isn’t going to fall for any shakedown”.

A legal rep for Haddish also claimed in a statement that the Does’ mother (whose identity was revealed in the statement, but will not be repeated by NME) “has been trying to assert these bogus claims against Ms. Haddish for several years”.